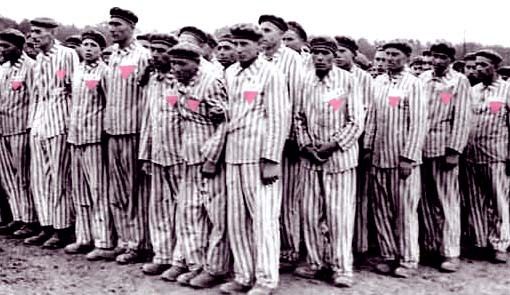 
On April 1, 2017 journalist Elena Milashina of the Russian newspaper Novaya Gazeta exposed the horrendous situation in Chechnya currently taking place. Gay men are being rounded up and thrown into a “Gay Concentration Camp” where they are being beaten and tortured in horrendous ways including using electric shocks, verbal abuse, and humiliation. This is being used to force gay men to out anyone they know that is gay or might be gay.

By Saturday (source: Medium), Novaya Gazeta reported, and a regional analyst with her own sources confirmed, that more than 100 gay men had been detained. The newspaper had the names of three murder victims, and suspected many others had died in extrajudicial killings. Chechnya turns a blind eye to the murders of gay men and considers these deaths honor killings. There have been reports of many men being tortured to death although there are no exact statistics since Chechnya denies that this camp exists.

A New York Times article on April 1st stated: “A spokesman for Chechnya’s leader, Ramzan Kadyrov, denied the report in a statement to Interfax on Saturday, calling the article ‘absolute lies and disinformation. You cannot arrest or repress people who just don’t exist in the republic. If such people existed in Chechnya, law enforcement would not have to worry about them, as their own relatives would have sent them to where they could never return,’ the spokesman, Mr. Karimov said” (link).

Last week the US State Department said: “We are aware of troubling reports that local authorities in the Republic of Chechnya have arrested or detained more than 100 men, as well as reports that three of those detained were killed. We condemn violence against any individuals based on their sexual orientation or any other basis. We urge the Russian government to conduct an independent and credible investigation into the alleged killings and mass arrests, and hold the perpetrators responsible. We were likewise deeply disturbed by local authorities statements that apparently condone and even incite violence against LGBTI persons. We are very concerned by the widespread discrimination and violence against LGBTI persons in Russia or any society. We call on the Russian government to protect all people from discrimination and violence, and allow the free exercise of the freedoms of expression, association, peaceful assembly, and religion or belief.” However, Secretary Tillerson did not address this issue in his recent meeting with President Putin.

On April 13th it was reported by the NY Times (link) that United Nations experts demanded that Chechnya halt the abduction, detention, beating and killing of gay and bisexual men. “These are acts of persecution and violence on an unprecedented scale in the region and constitute serious violations of the obligations of the Russian Federation under international human rights law,” the experts, a panel of five that advises the United Nations Human Rights Council stated.

An article by news.com.au (link) contained an excerpt from the Russian Liberal newspaper Novaya Gazette. The article included statements by a witness that had been held in the camp stating that secret prison is in the town of Argun. “Several times a day we were taken and beaten. The main task was to find out your network of contacts. They think if you were taken then all your circle of contacts must be gay. They beat us with polypropylene pipes, always just below the waist, thighs, buttocks and lower back. They said we were ‘dogs that didn’t have a right to life.'”

• to evacuate people, whose lives are still in danger

• to attract as much attention to the cause as possible

Also there is a petition that has been put out by Amnesty International UK (link) where you can sign which goes to To Aleksandr Ivanovich Bastrykin, Chairman of the Investigation Committee of the Russian Federation.