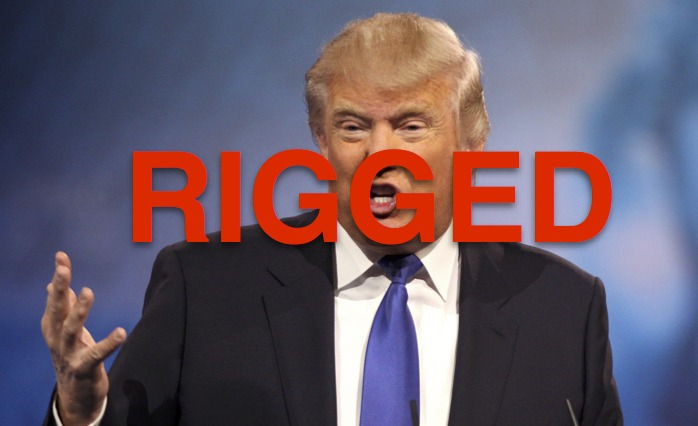 Just when you thought the Michigan recount effort was over, after the state’s Supreme Court forcibly shut it down, it turns out a whole new chapter is now underway. For the past week, Palmer Report has been reporting that the majority of vote counting machines in Detroit managed to break on Election Day, resulting in the majority of precincts having vote totals that didn’t match their log books. Now Michigan is voluntarily launching an audit of those Detroit precincts.

Observers around the nation have been scratching their heads for the past month over how Donald Trump could have won Michigan, when every poll and predictive model had him losing the state. In particular no one seemed to be able to provide an explanation for why more than 87,000 people in Michigan supposedly showed up to vote and proceeded to cast a vote in a downticket race but left the presidential race blank, even though there were no Governor or Senator races which could have prompted that kind of downticket-only turnout.

Third party candidate Jill Stein tried to force a statewide recount in Michigan in order to get answers. But the Republican-controlled state fought her every step of the way, including claiming that the precincts with the incorrect vote totals couldn’t be recounted because they were incorrect to begin with. In the end, the court killed the recount entirely before it could uncover whatever Michigan Republicans were trying to hide. But now they’re curiously launching their own investigation.

Notably, the Detroit audit is being initiated by Michigan’s Secretary of State Ruth Johnson, one of the Republicans who didn’t want the recount to happen. And the quotes from Elections Director Chris Thomas which appeared tonight in this Detroit News report may explain why the state’s Republican officials are now doing what they’re doing.

“We’re assuming there were (human) errors,” says Thomas. And then Republican State Senator Patrick Colbeck goes on to suggest the precinct workers used “fraudulent procedures.” In other words, the Republicans running Michigan are trying to find a way to blame the people working at the Detroit precincts for the suspicious discrepancies. In fact the Detroit News article concludes with the bizarre statement “It’s unclear how many votes were added in Detroit,” suggesting that the newspaper reporter has been conned by GOP officials into believing that the Detroit precincts somehow over-counted the presidential votes when everything we know suggests the opposite.

At least now we know why Michigan’s Republican leadership tried so hard to prevent the recount from happening: they instead wanted an opportunity to scapegoat the irregularities it on the same people of Detroit whom they screwed over. It’s always the attempted coverup that gives away the motives of the culprits, and at this point there is virtually no question that Michigan Republicans rigged the state on behalf of Donald Trump – though it now may never be proven.

← Recount hopes are fading. But the Electoral College finally sounds like it may fix this.Garth Brooks put America first when he turned down Donald Trump’s inauguration →
Posting....
Scroll To Top