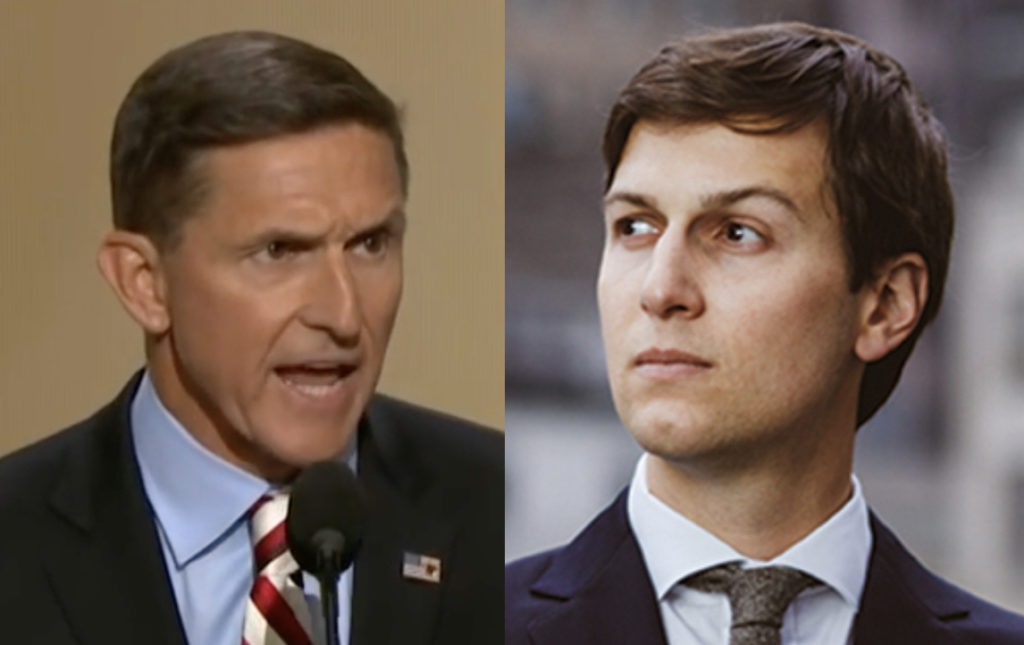 Earlier today Special Counsel Robert Mueller brought the grand jury against Michael Flynn to a pause, confirming that he and Flynn are indeed hammering out a plea deal against bigger fish in the Trump-Russia scandal. This evening, in an eye opening new revelation, multiple major news outlets are reporting that Jared Kushner cooperated with Mueller against Flynn just before Flynn decided to cut a deal. This raises a rather obvious question.

Jared Kushner recently met with Mueller’s team to discuss the meeting that Kushner and Michael Flynn had with the Russian Ambassador during the transition period, according to a CNN report (link). The New York Times then reported a similar story (link). Kushner’s attorney is confirming that Kushner “cooperated” with Mueller with regard to the investigation into Flynn. Unless that’s a lie, this offers a remarkable new line of insight into what’s been going on behind the scenes. It also raises the question of whether Kushner flipped before Flynn flipped.

“Cooperating” with investigators is not the same thing as formally cutting a deal. Kushner may have simply given Mueller the bare minimum of information, in the hope of avoiding potential obstruction charges, or Kushner may have fully sold out Flynn. It’s not clear if Kushner’s cooperation helped get Mueller to the point where he was able to pressure Flynn into flipping, or if the timing was coincidental. It does help us understand another bizarre storyline surrounding Kushner this past week.

A week ago Vanity Fair reported that Donald Trump has told Jared Kushner and Ivanka Trump to resign from the White House and move back to New York. Now that we know Kushner has been cooperating with Robert Mueller on at least some level, it may be why Donald is trying to drive Kushner out of town. That wouldn’t impact the investigation one way or the other, but Trump seems too addled to understand such a thing. In any case, this all keeps getting stranger.

← Robert Mueller confirms he’s hammering out a deal with Michael Flynn against Donald TrumpDonald Trump tries to attack British Prime Minister Theresa May, accidentally attacks some other woman instead →
Leave a Comment