The first hint came on Thursday, when Ted Lieu tweeted “This is the House Judiciary Committee. Fun fact: If there are impeachment proceedings, this is where it would start. Just sayin'” – along with a photo taken from his seat on the committee (link). But last night he decided to be more direct about it, tweeting that “I am on the House Judiciary Committee. This is what I am going to read this evening” (link) while including an image of this document: 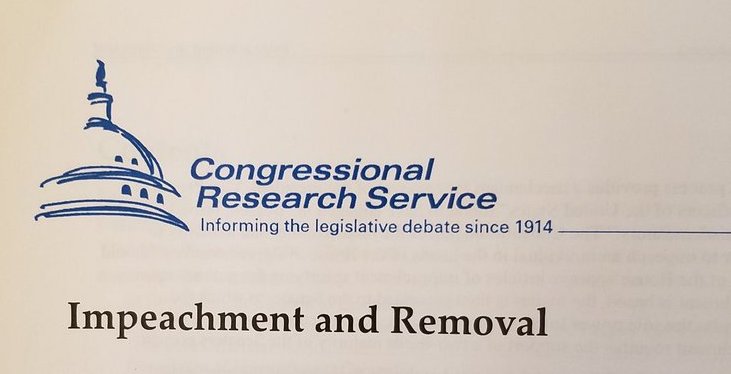 So is Congressman Lieu trying to signal to us that the impeachment process is already underway in his committee? That’s not entirely clear. At the least, it’s underway as far as his seat in the committee is concerned. According to one report, that process is in fact underway (link). Now comes the question of the math involved when it comes to the members of that committee.

There are a total of forty-one people on the House Judiciary Committee, including twenty-four Republicans and seventeen Democrats. For the impeachment process to survive that committee and move onto the next step, twenty-one “yes” votes would be required, meaning that four Republicans would need to join all of the Democrats. So now we’re on the lookout for any movement from the Republicans on that committee who are either political moderates, or have already pushed back publicly against Trump, or who are in districts where they’ll have trouble getting reelected if they don’t take action against Trump.

← Fact check: did Jared Kushner delete all his tweets from Twitter?Jared Kushner just opened himself up to obstruction of justice charges in Donald Trump’s Russia scandal →
Scroll To Top