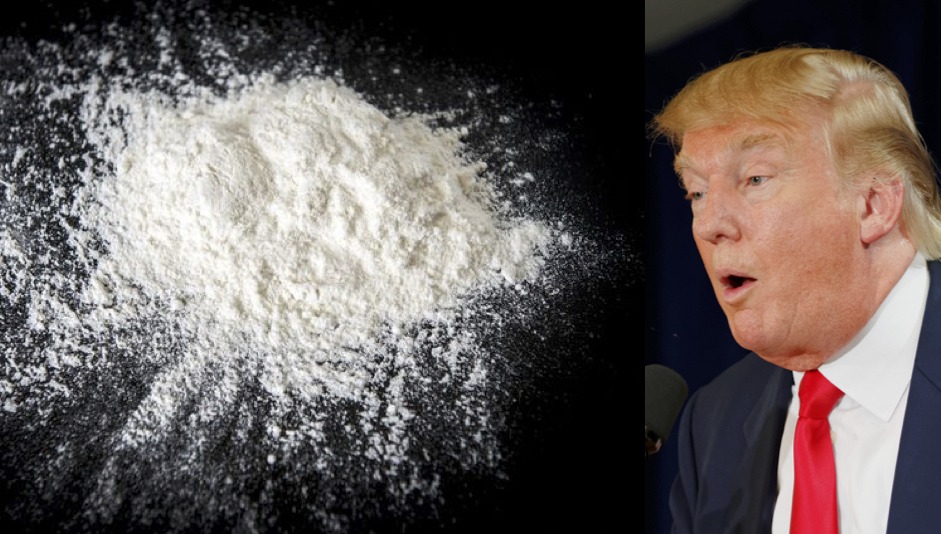 If Donald Trump could just shut up for awhile, some Americans might forget that that he’s petty to the point of being unfit, or that he’s chronically unstable, or that the Russian government rigged the election to install him in the White House as its puppet. But don’t tell that to Trump, who appears to be more miserable than ever now that he’s closing in on taking office, and whose only solace appears to be protesting too much on Twitter. He’s now been at it for seventeen hours straight, causing some on social media to ask if there may be some, ahem, chemical enhancement going on.

For instance Trump began tweeting at 6am on Friday about the “Great Wall” of Mexico, which quickly became a punchline as “Great Wall” began trending due to the sheer number of Twitter users making fun of him. He then moved on to ranting about how “great” his inauguration will be, even though everyone knows that he’s been turned down by nearly every performer he’s invited. And then for no apparent reason he began trashing Arnold Schwarzenegger and bragging about how unpopular The Apprentice is now; perhaps Trump forgot he’s still the Executive Producer of the show.

Then Trump announced he was running down for an impromptu meeting with Vogue Magazine for some reason, before calling for NBC News to be investigated because it dared to report that the Russians hacked the election his favor. And by 11pm he was ranting about how the Democrats only got hacked because they sucked, and how the Republicans had “strong defense” on their email (that’s not a real thing).

During the course of his seventeen hours of disjointed and hyperactive ranting on Twitter on Friday, Donald Trump managed to touch on a dozen subjects, none of them coherently. And some on social media have apparently been reminded of that stretch in which Trump was sniffing his way through the debates while tweeting for a day and a half straight, while accusing Hillary Clinton of being on drugs. It led a lot of people to conclude that Trump must have been high on cocaine. And now his seventeen hour Twitter rant raises the question again.