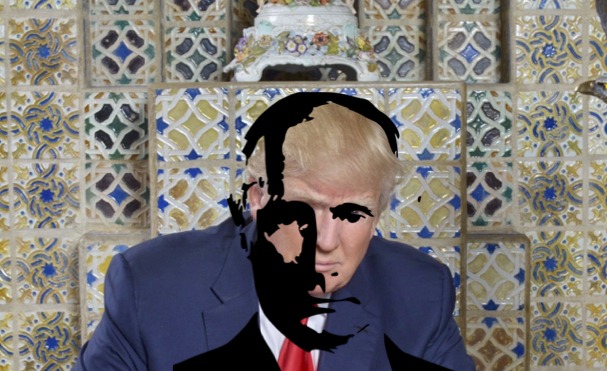 Donald Trump’s Russia scandal has become so vast and complex, with new pieces of the puzzle arriving from all direction, that it’s become difficult to keep track of the pieces long enough to figure out how they fit together. I’ve been reporting on the Trump-Russia scandal since the summer of 2016. As we head into the latest Congressional hearings on the scandal, I’ve updated the comprehensive document which ties all the pieces together and explains how we got to this point.

The Palmer Report on Trump-Russia begins with the financial bodyblow which Donald Trump suffered in 2008, leaving him unable to continue borrowing money from U.S. banks, and making him vulnerable to Vladimir Putin and Russia. My report goes on to document how the Kremlin built Trump back up over the next several years by using a carrot and stick approach of secretly laundered money and carefully orchestrated blackmail. I document how, by the time Trump entered the 2016 election, his newfound status as a Russian political puppet was a natural extension of his existing status as a Russian financial and societal puppet.

From there the Palmer Report on Trump-Russia breaks down Donald Trump’s connections to Russia during the campaign on a month by month basis, weaving them together to paint the full picture of how Putin and his associates orchestrated every major event within the Trump campaign. I also document how that Kremlin influence continued into the transition period and then into the White House. The connections include Trump campaign advisers, Trump business associates, Trump’s friends and family, Russian diplomats, Russian spies, a double digit number of Russians who have dropped dead, and – behind the scenes at the center of it all – Vladimir Putin.

In the interest of disseminating this vital information as far and wide as possible, and helping the nation and the world to fully understand what it’s currently up against, I’m making my report available as a free PDF download to everyone. Click here to download the Palmer Report on Trump-Russia for free or read it via the document viewer below. If you find my report useful, feel free to contribute whatever you think this report is worth via PayPal.

If you find my report useful and you appreciate independent political journalism, feel free to contribute whatever you think this report is worth via PayPal.

www.palmerreport.com
11177
SHARES
Facebook ShareTwitter ShareEmail this articlePrint Article
LinkedinGoogleWhatsappPinterestRedditStumbleuponBufferTumblrPocketLine
← Stop calling Marine Le Pen a populistEric Trump has blown it by admitting to a reporter that Donald Trump really is a financial puppet of Russia →
Scroll To Top