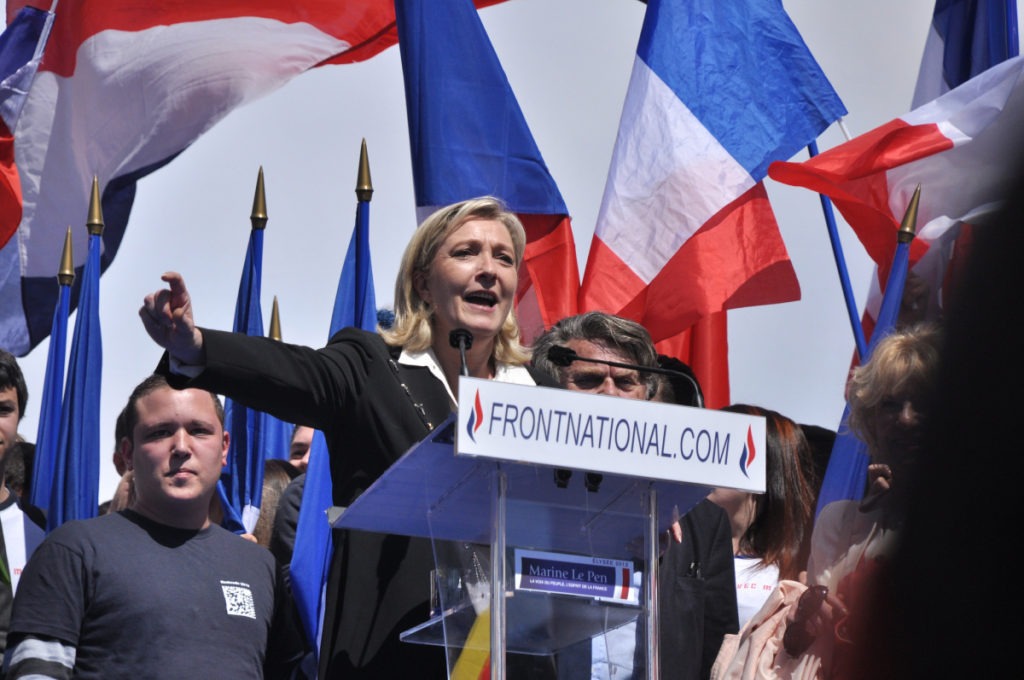 Just hours before the French presidential election is set to take place, the U.S. media is still largely framing the race as being between “centrist” Emmanuel Macron and “populist” Marine Le Pen. But as is so often the case when it comes to the media, neither description is close to being correct – and the latter is noting short of offensively incorrect

Macron has made clear that the movement he founded is a liberal progressive one based on the issues, even though he has been actively courting the votes of both liberals and conservatives in an attempt at unifying the country. Calling him a “centrist” is absurd, considering he’s on the left. But in fairness to the media, the term is sort of a failed attempt at shorthand for a complex movement which Macron himself has tried to define in a hybrid sense. The real problem is with how the media describes his opponent.

In one breath the U.S. media will describe Marine Le Pen as a “populist” and in the next breath they’ll describe her as a “conservative.” You can in fact be both of those things. Populist means siding economically with the working class against the wealthy, and is by definition an economically liberal position. However, a politician can at least theoretically be a conservative on social issues while still espousing liberal populist economic positions. The trouble is that calling Le Pen a either “populist” or a “conservative” is misleading, because she’s not really either one.

To pick arbitrary examples that put things in American political terms, Elizabeth Warren is a populist; she focuses on liberal populist economic positions. Lindsey Graham is a conservative; he focuses on positions that benefit those already holding wealth and power, but he does so within the bounds of the mainstream political spectrum, making him a traditional conservative. I don’t think much of conservatism in general, but calling Marine Le Pen a “conservative” is an unfair insult to conservatives. In contrast, Le Pen could most accurately be described as a fascist.

Yes, Marine Le Pen delivers some generic populist pandering from time to time. But as is the case with Donald Trump, Le Pen’s positions on the issues are not aligned with economic populism. In fact her “National Front” party has positioned itself somewhere between fascism and nationalism. And by the way, “nationalism” is just a euphemism for xenophobic racism. But if we can’t get the U.S. media to call Le Pen an outright racist, we should at least be able to expect them to stop sanitizing her fascist views by mislabeling them as populism. Help fund Palmer Report