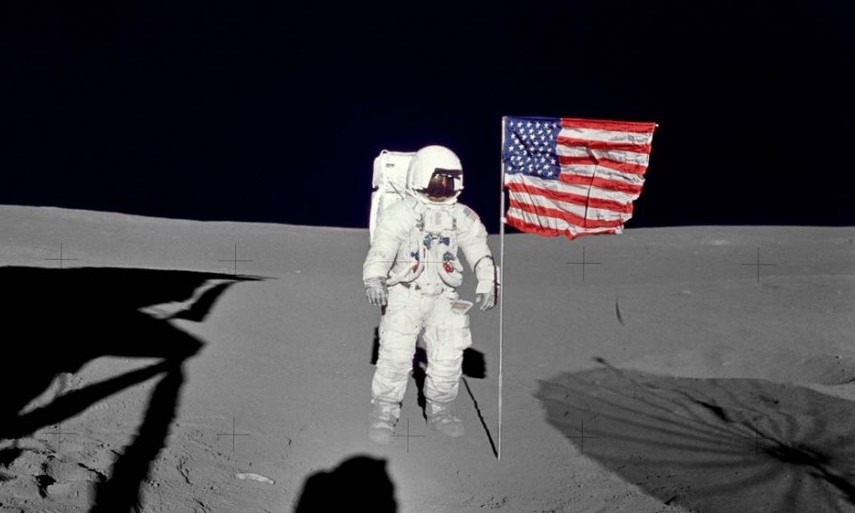 Perhaps seeking to distract from the growing scandals surrounding his personal finances and openly corrupt cabinet picks, or perhaps because he merely couldn’t help himself, Donald Trump announced today that he wants to send a man to the moon. While this may sound like a punchline, and the majority of Americans would likely prefer that he send himself to the moon, Trump really did say this to presidential historian Douglas Brinkley today. It begs the question of whether, in all seriousness, Trump even knows we’ve already gone there and done that.

So this is a real thing, or at least Donald Trump thinks it’s a real thing. He was in his twenties when the first moon landing happened, so he’s certainly aware we already walked on the moon fifty years ago, unless he’s forgotten. In fact twelve different Americans walked on the moon back in that era, before we ultimately stopped sending people, because there’s basically nothing on the moon. Just ask NASA and and all the surviving moonwalking astronauts; they’ve been there.

Did Trump instead intend to say that he wanted to send a manned mission to Mars? That would be ambitious. Or does he really want to send astronauts back to the moon for no apparent reason? Perhaps Trump is pranking us all. Or for that matter, perhaps the respected David Brinkley is pranking us. The only other explanation would be that Trump really does somehow think it’s a good idea to send a man to the moon.