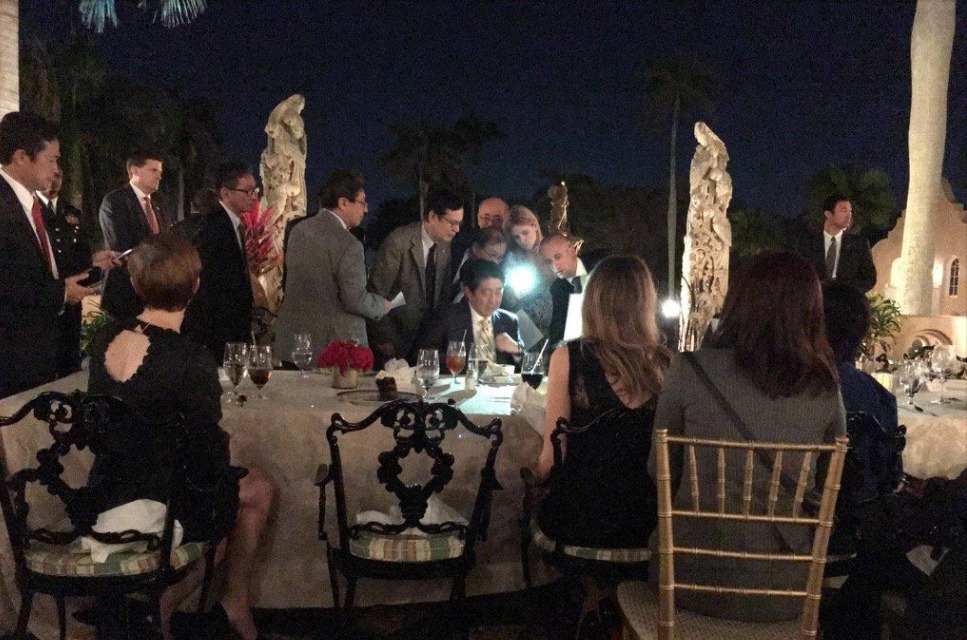 Donald Trump’s insistence on spending large chunks of his presidency at his own Mar-a-Lago social club in Florida has already led to controversy in which he exposed what may have been classified intel on North Korea to the waiters and diners at his restaurant over the weekend. One of Mar-a-Lago’s own members posted a photo and description of the scene to Facebook, which showed Trump reading documents at a dinner table in front of patrons.

Richard DeAgazio has since deleted his Facebook post, but we have screen capture of it, as do numerous other news outlets. He posted photos of Donald Trump and Japanese Prime Minister Shinzo Abe huddled over a dinner table, reading some kind of documents while advisors used their smartphone flashlights to illuminate the documents in the otherwise dark dining hall. Trump can also be seen speaking on a phone while the documents are in front of him: 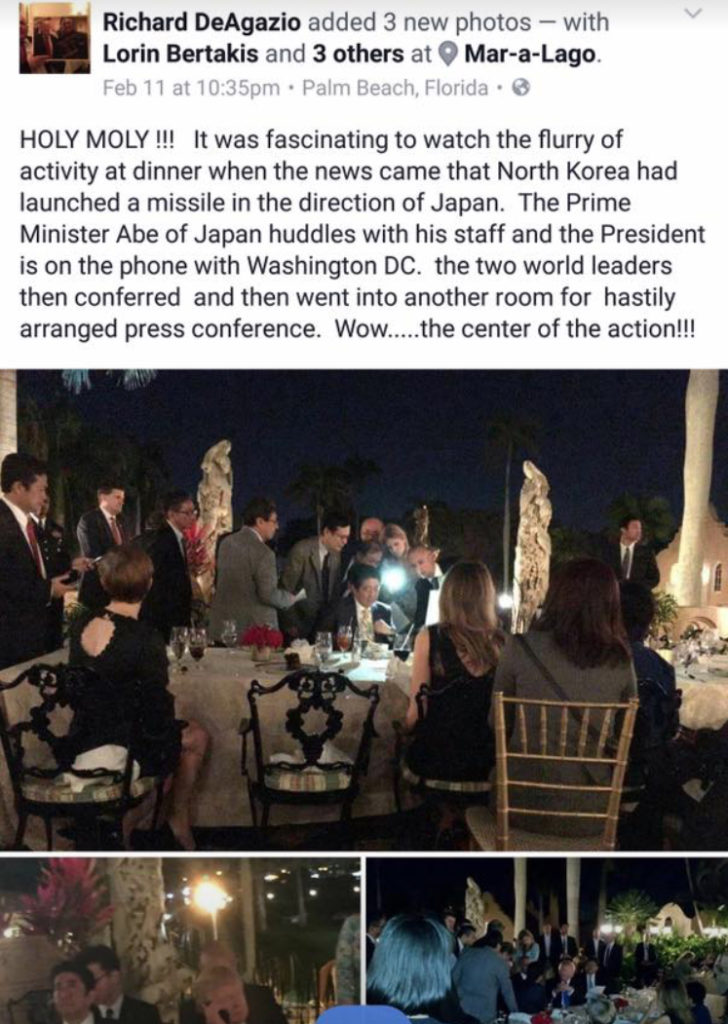 CNN reported on-air today that the Trump administration is now claiming the documents in question were not intel documents, and were instead related to the joint statement that Trump and Abe were planning to give on the matter, and therefore could not have contained classified information. However, in so doing, the Trump administration is tacitly acknowledging that the photos posted by DeAgazio are legitimate, and that the scene of Trump and Abe huddling over papers in front of waiter and diners really did happen.

Additionally, the Trump administration has not yet offered credible evidence to back up its assertion that the documents on the table were not intel documents. Given that we do know they were discussing North Korea’s missile test at the time, the White House owes the public some evidence that Donald Trump wasn’t exposing classified information to his waiter — particularly within the context of how Trump (falsely) asserted during the campaign that Hillary Clinton had leaked classified information.