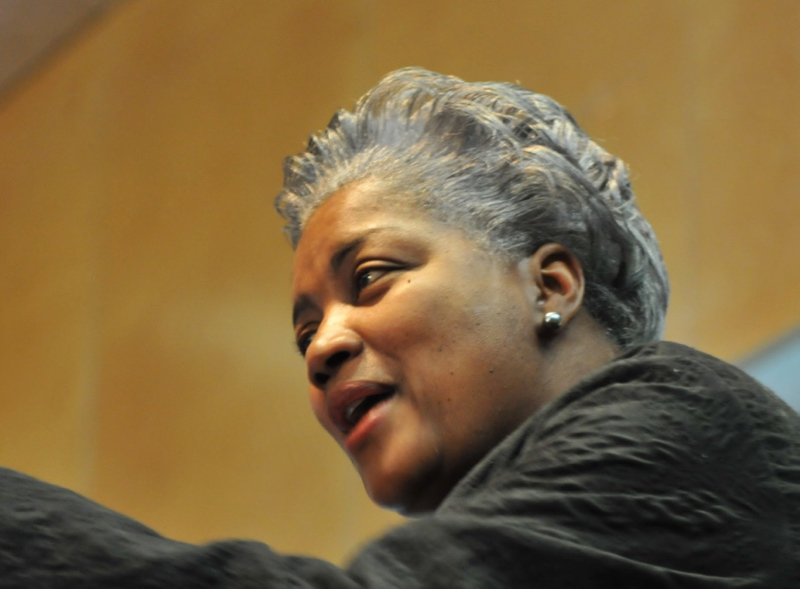 Yesterday, former interim DNC Chair Donna Brazile published an excerpt from her upcoming book, which made the explosive claim that the DNC had conspired internally as early as 2015 to unfairly steer the Democratic Party nomination toward Hillary Clinton. Although she didn’t say as much in her excerpt, it’s since come to light that Brazile was basing her assertion on an internal DNC memo from 2015. That memo has now leaked to NBC News, and it flatly disproves her assertions.

Brazile’s excerpt, published by Politico yesterday, referred to the 2015 DNC Joint Fundraising Agreement. However, that document was stolen by hackers and released publicly, and the published version doesn’t contain any of Brazile’s most explosive claims. This raised the question of what Brazile was basing her claims on. Today the answer became clear, as NBC News obtained an internal DNC memo whose details do indeed match up with Brazile’s excerpt. It’s clear her claims of an unfairly tilted primary race are based on this particular memo. The trouble: she misinterpreted the memo.

Here’s how NBC is reporting on the memo: “The Democratic National Committee struck a deal with Hillary Clinton in 2015 that gave her campaign input on some party hiring and spending decisions, but related only to preparations for the general election … the memo also made clear that the arrangement pertained to only the general election” (link). In other words, the 2015 document stipulated that Clinton would only take control of major DNC decisions for the general election if she won the nomination first. Clinton was thus given no advantage in the primary, and if Bernie Sanders had won the nomination instead, that memo would never have gone into effect.

MSNBC host Chris Hayes highlighted the “pertained to only the general election” quote on Twitter, adding his own comment: “A big detail!” In other words, the DNC didn’t unfairly tilt anything toward Hillary Clinton during the Democratic primary – and Brazile’s own source material disproves her assertion. Former DNC Chair Howard Dean responded to the memo by tweeting that “this memo is standard operating procedure for 15 years.” John Kerry and Al Gore had similar arrangements with the DNC in the years they became the nominee. Donald Trump had a similar arrangement with the RNC in 2016.

Donna Brazile has not yet publicly responded to the revelation that she misinterpreted the DNC memo. Brazile became the interim DNC Chair on an emergency basis, just days before the start of the 2016 Democratic National Convention, in the midst of the chaotic and controversial release of stolen DNC emails. It’s possible that Brazile simply misinterpreted the memo in her haste to quickly get up to speed heading into the convention. In any case, the memo confirms the opposite of what she asserted. Donna Brazile declined to comment on the record for this story.

www.palmerreport.com
6575
SHARES
Facebook ShareTwitter ShareEmail this articlePrint Article
LinkedinGoogleWhatsappPinterestRedditStumbleuponBufferTumblrPocketLine
← Robert Mueller is targeting the Trump-Russia guy who could flip on Ivanka Trump and Donald Trump JrRobert Mueller may have just found a way to flip Paul Manafort against Donald Trump →
Leave a Comment