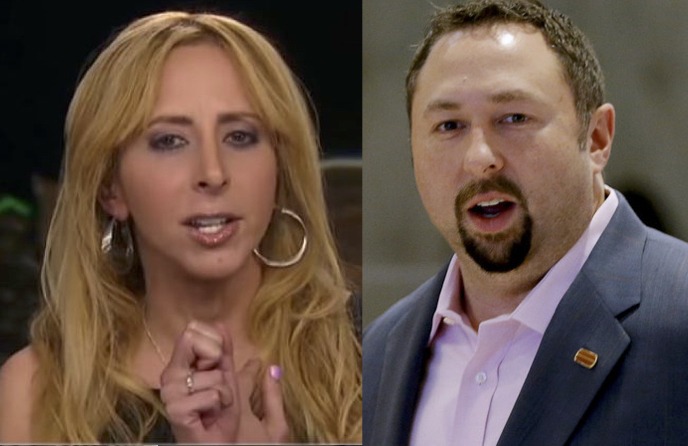 Has CNN learned nothing from its ill fated hiring of former Donald Trump campaign manager Corey Lewandowski, who consistently embarrassed the network by offering on-air analysis which was little more than Trump apologism? Apparently not. At least Lewandowski was merely fired by Trump for incompetence. Now CNN is hiring former Trump Communications Director Jason Miller, who departed the Trump administration amid an alleged sex scandal with a fellow adviser.

Three days before Christmas, the Trump transition team announced campaign adviser Jason Miller as the new White House Communications Director. But just two days later, Miller announced that he was bailing on the job before it even began, citing a sudden desire to spend more time with his family. But then as we reported on Christmas eve, fellow Trump campaign adviser A.J. Delgado took to Twitter and publicly accused the married Miller of being her “baby daddy,” implying that the two had an affair and that he had gotten her pregnant.

Delgado then deleted her entire Twitter account and she hasn’t been publicly heard from since. But it very much created the appearance that Jason Miller had suddenly turned down the Communications Director job because of Delgado’s accusations. Since that time, Miller hadn’t been heard from either, with neither one of them going on to play any role in the Trump White House. And yet now Media Matters is reporting that CNN has chosen Miller as its latest political analyst.

To be fair, the alleged Miller-Delgado sex scandal was a matter of he said, she said (or more accurately, he resigned, she said, she deleted, both disappeared, no evidence was ever publicly offered either way). But with Delgado’s unresolved accusation still hanging over Miller to this day, on top of the fact that Miller is a Trump loyalist who is unlikely to be willing to deliver any useful analysis for fear of offending Trump, it seems odd that CNN would hire him of all people to be its latest on-air face. Did CNN learn nothing from the humiliation it faced the last time it hired a Trump puppet?