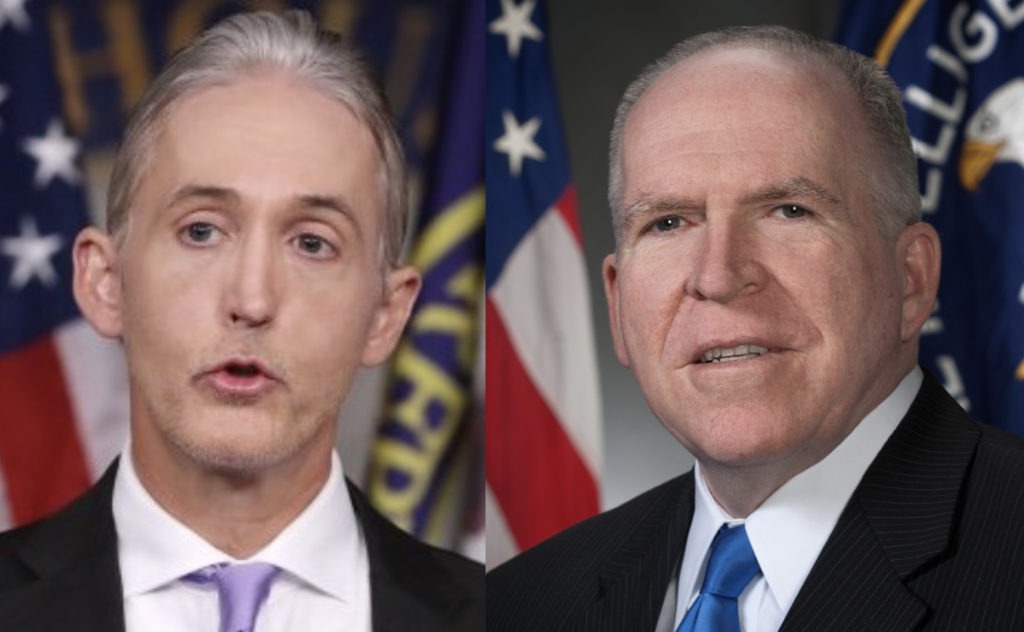 During today’s House Intelligence Committee hearings on Donald Trump’s Russia scandal, hyper-partisan Republican Congressman Trey Gowdy tried to set a trap for former CIA Director John Brennan which was aimed at sabotaging the investigation. But let’s just say that it was Gowdy who ended up stepping in his own trap.

Trey Gowdy was trying to back John Brennan into a corner with only two bad options: confirm that there was collusion between the Trump campaign and Russia by revealing sensitive information that could end up derailing the investigation itself, or fail to reveal that information and leave the impression with the public that there was no collusion. But while Gowdy was playing checkers, it turned out Brennan instead prefers to play chess.

Brennan delivered a minute long answer which managed to precisely thread the needle of publicly confirming that the Trump-Russia scandal is a highly serious threat to the sanctity of the United States, while not giving away any details that would harm the investigation itself:

“I encountered and am aware of information and intelligence that revealed contacts and interactions between Russian officials and U.S. persons involved in the Trump campaign, that I was concerned about because of the known Russian efforts to suborn such individuals, and it raised questions in my mind whether or not the Russians were able to gain the cooperation of those individuals. I don’t know whether or not such ‘collusion’ – and that’s your term, collusion – existed. I don’t know. But I know that there was a sufficient basis of information and intelligence that required further investigation by the bureau to determine whether or not U.S. persons were actively conspiring, colluding, with Russian officials.”

And so Trey Gowdy’s attempt to muddy the waters about collusion between the Trump campaign and Russia merely ended up allowing Director Brennan to spell out just how suspicious the the Trump-Russia scandal truly is.

← No, Palmer Report is not “fake news” – and it’s time for competing news outlets to stop lying about usAs the Trump-Russia scandal explodes, Donald Trump hires attorney with RICO experience →