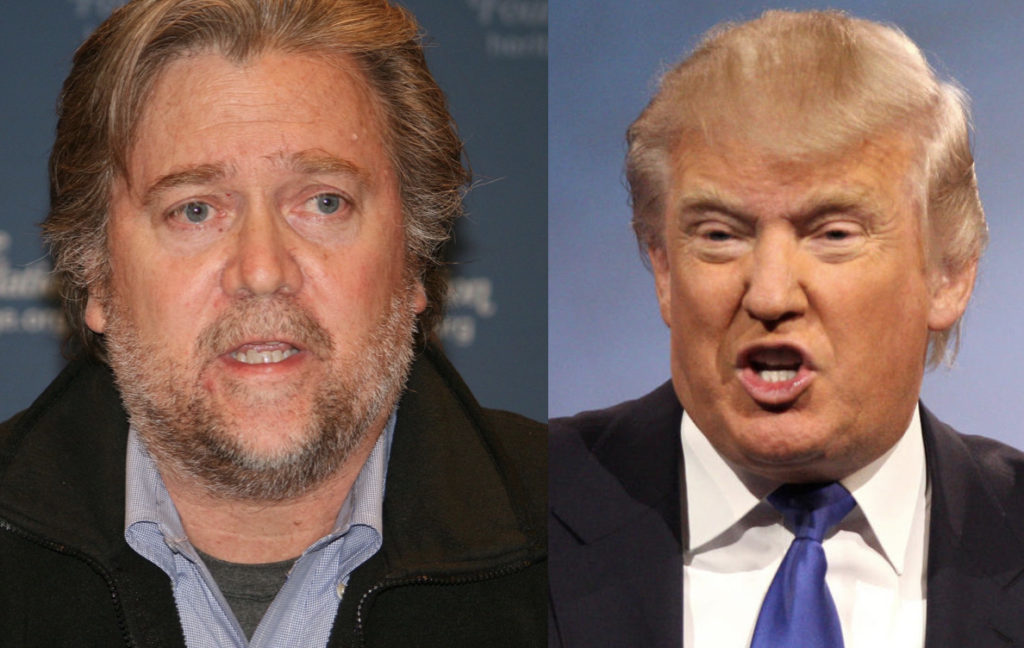 When all else fails, confess, and blame it on someone else. That’s the strategy now being employed by Donald Trump’s former campaign CEO and former White House Chief Strategist Steve Bannon, who learned this week that he’ll be brought before Congress to testify about his role in the Trump-Russia scandal. It then took Bannon all of a few minutes to call up a reporter and confess that, yes, the Trump campaign did indeed conspire with Russia.

The catch, of course, is that Steve Bannon is blaming it all on Trump’s son-in-law Jared Kushner. Bannon is telling Vanity Fair that Kushner was “taking meetings with Russians to get additional stuff. This tells you everything about Jared.” (link). Of course these accusations against Kushner have to be taken with a grain of salt, both because Bannon hates him with a passion, and because Bannon is clearly trying to steer investigators away from himself. But the key here is that he’s confessing that the collusion and conspiring did happen, and that means a lot.

The Trump-Russia investigation has uncovered so much evidence and so much dirt, we are now past the point where the Donald Trump campaign is even trying to pretend the conspiring and colluding with Russia didn’t happen. Instead the new strategy is for the various campaign players to admit it happened, and try to pin it on each other. This gets dangerous for all of them in a hurry.

For now, the likes of Steve Bannon and Jared Kushner can arbitrarily point fingers at each other all they want, in the hope of helping themselves in the court of public opinion. But sooner or later these advisers will all be faced with the choice of cooperating with the investigation or going down. We all saw how quickly Michael Flynn cut a deal once he realized he had no choice. The rest will do the same. That’s when they’ll end up putting each other in prison.

← Donald Trump’s attack on the FBI backfiresUnsupervised and unstable Donald Trump takes out his frustrations on a “pile of garbage” →
Posting....
Scroll To Top