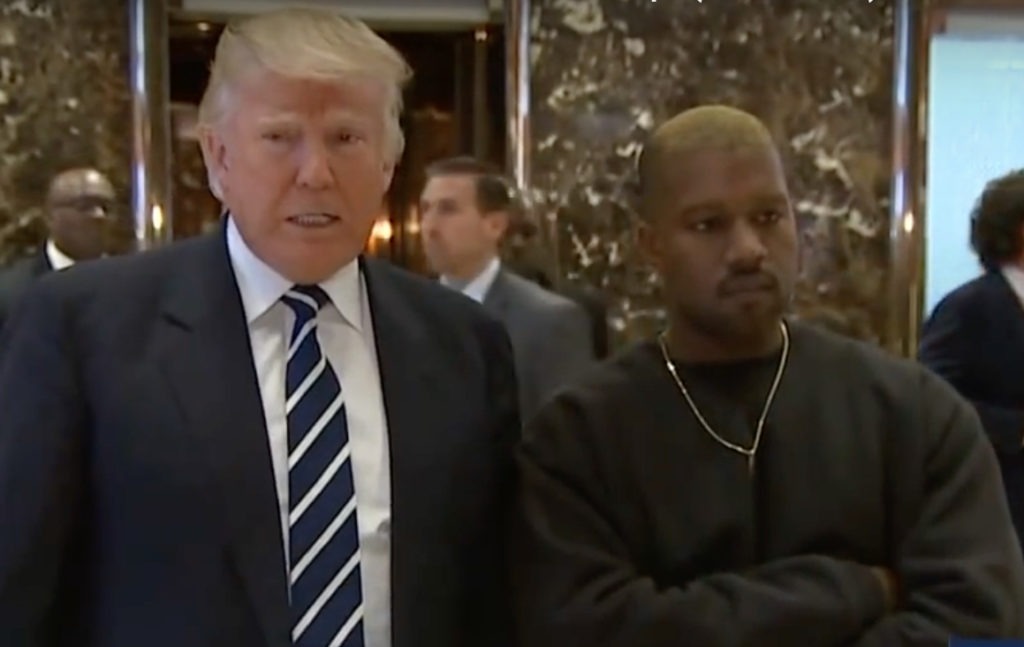 Yes, this somehow really happened, and stop us if you’ve heard this one before. Donald Trump, who made his name in racist politics by spending five years falsely accusing President Barack Obama of not being an American, is now doing more or less the same thing to another prominent African-American, Kanye West, in a different context. And that’s weird, since Trump and Kanye are supposed to be friends. And yet here we have Trump’s inauguration committee chairman announcing on CNN that Kanye hasn’t been asked to perform at the inauguration because he’s not “traditionally American.”

Perhaps Donald Trump and his team simply didn’t want a rapper at the inauguration. Or maybe Kanye West’s lyrics are too controversial. Or maybe, after the infamous Taylor Swift incident, they’re legitimately afraid that Kanye might run over and grab the bible out of Trump’s hands and announce that someone else is the greatest president of all time. Or maybe Trump just hates Kanye as much as the rest of us do. But considering Trump’s blatantly racist accusation that Barack Obama wasn’t born in America, perhaps they could have chosen their words a bit more carefully?

After all, Trump’s literally just said on CNN that Kanye West is not performing because they prefer performers who are “typically and traditionally American.” Come on, the guy was born in Atlanta. His music may suck and he may be an idiot, but Kanye as American as the rest of us. To suggest otherwise is at best insensitive and at worst flat out racist.