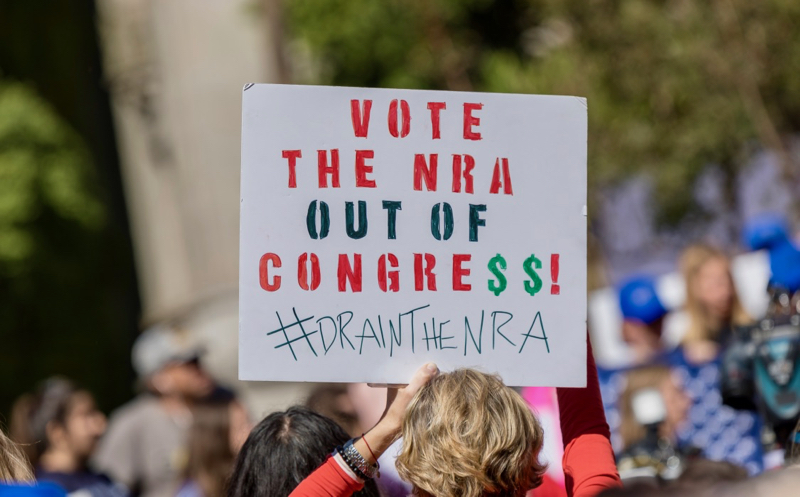 When selling a house, some people try to do “For Sale By Owner” and quickly realize why it’s easier to pay the money and have an agent represent them, as it’s the job of agents to take all calls and complaints while dealing with the legalities of selling real estate. That’s the same job of the NRA. They take all calls and complaints for gun dealers and manufactures and handle all of the legal aspects of buying and selling guns. It’s a contract the NRA has with its clients, not with the American people.

Therefore, the American people have every right to ignore the NRA and start banging directly on the doors of Mrs. Smith and Mr. Wesson along with all of their neighbors hiding behind the gates of the NRA. Each time the general public complains to the NRA, the NRA is earning its money by shielding gun manufacturers and dealers from all calls and complaints. In order to make the NRA less effective, it must be reduced to trying to buy legislators and nothing more.

Most people have no idea Colt manufactures the AR-15, and that’s because the NRA has been effective in its role as a gatekeeper shielding its client from the complaints of the general public. Gun shows are responsible for unleashing countless weapons of mass destruction without being named and rallied against. We need to know the names of these gun shows and make them famous while making the name of the NRA a distant memory.

Also, it’s hard to shoot anyone when you lack bullets. It’s time to call upon ammunition manufacturers and dealers. I wouldn’t bang on their doors directly, but I would call them night and day. They’re not innocent bystanders caught in the crossfire of an ideological debate. If they don’t like assault weapons on our streets, then they should stop making ammunition for domestic consumption.

The Second Amendment does not protect gun manufactures and dealers from the First Amendment. So far, that’s been the job of the NRA. My hope is that everyone realize we are independent agents free to direct all of our calls and complaints to each and every client of the NRA and in the process, make the gate keeping powers of the NRA as useless as Trump’s wall.

← Fact check: did Trump-Russia witness George Nader flee the country?March For Our Lives: there’s no putting the genie back in the bottle now →
Leave a Comment