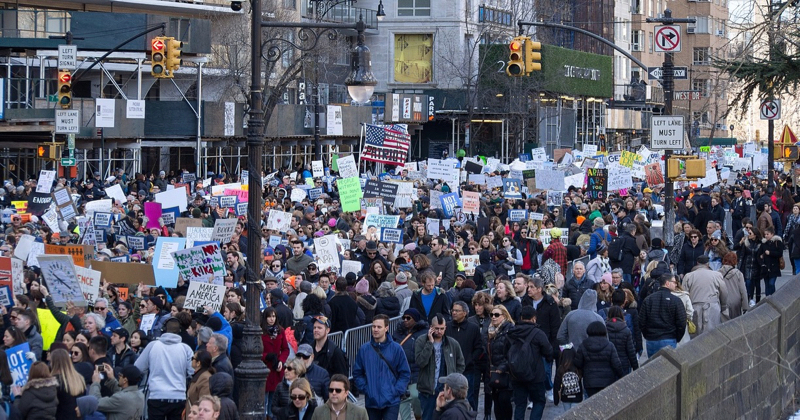 The March For Our Lives was a nice example of people coming out to stand up for what they believe in. While extremely emotional at times, it was a reminder to America that we truly do have a voice. It’s far too often that massive corporations, such as the NRA, put their money forefront to impede any movement that could possibly prevent their advancement. It’s also evident that members of Congress rely on this constant influx of donations to stay in power.

We currently live in a world where money does result in the killings of humans. While the NRA spends a huge amount of money donating to potential lawmakers who will sell their souls and always fight against gun control laws, it also throws money at television ads to attack anyone who could ever say a bad word about a high powered assault rifle.

This abuse of money is not limited to the NRA. Donald Trump is known to flip-flop on decisions, while ultimately agreeing with whoever gives him the most money. This was evidenced again when he made executive orders to support Monsanto (link), a conglomerate that produces products that have led to the death of honey bees. The lack of bees has resulted in a worldwide panic as how to move forward without the necessary bees pollinating plants.

Would it surprise anyone that Monsanto came up with an answer? Instead of finding a way to stop killing bees, it worked with Harvard to create the RoboBee – a drone designed to take the place of real bees – which it can sell and further advance its profits, after wiping out a species with its own chemicals (link).

This type of profit through killing is what the GOP has relied on for decades. Mass shootings and further extinctions will continue until we have a Congress that cares more about life than it does about donations and profit. With the recent marches, led by teenagers, I have much more hope about the future. While Trump continues to spew lies in an attempt at advancing his wealth, it’s good to know that there are still good people among us, who are also willing to stand up for the “little guy” in the face of greed.

www.palmerreport.com
548
SHARES
Facebook ShareTwitter ShareEmail this articlePrint Article
LinkedinGoogleWhatsappPinterestRedditStumbleuponBufferTumblrPocketLine
← Let’s truly put the NRA out of business. Here’s how.Donald Trump is five minutes away from a chair throwing brawl in the White House →
Leave a Comment