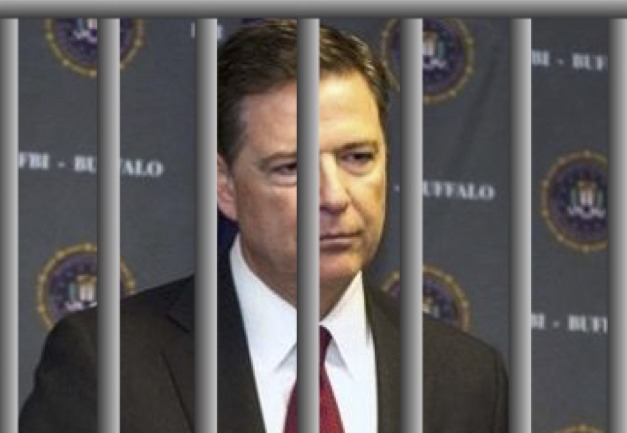 The warrant obtained by FBI Director James Comey, in connection to the late October letter he used to harm Hillary Clinton’s prospects in the 2016 presidential election, was released to the public today by a federal judge. As it turns out, the warrant had nothing to do with Clinton and for that matter didn’t come close to passing legal muster with regard to its actual targets, Anthony Weiner and Huma Abedin. The warrant serves as proof that Comey purposely and improperly – and illegally – rigged the presidential election.

As had been widely expected, Comey’s warrant was aimed at gaining access to material on a laptop used by Weiner. But it doesn’t take a legal degree to figure out that the warrant, which has been publicly posted here, makes no effort to establish the probable cause required to make the warrant valid. But for those who want the view of someone with a legal degree, respected attorney Randol Schoenberg has reviewed the warrant and agrees that it’s a total sham. In fact he’s telling USA Today that there is no justification for “why [Comey and the FBI] thought they might find evidence of a crime, why they felt it necessary to inform Congress, and why they even sought this search warrant.”

This comes on top of the earlier news from late October in which Yahoo News confirmed that James Comey had not yet obtained a warrant at the time he released his letter about Hillary Clinton. That suggests that he released the letter for the sole purpose of trying to cost Clinton the election, and then quickly scrambled to slap together a bogus warrant in order to cover his tracks. That makes him no different than the Russian terrorists who tried to rig the same election, and it means Comey belongs in prison. This fraudulent warrant just might put him there.