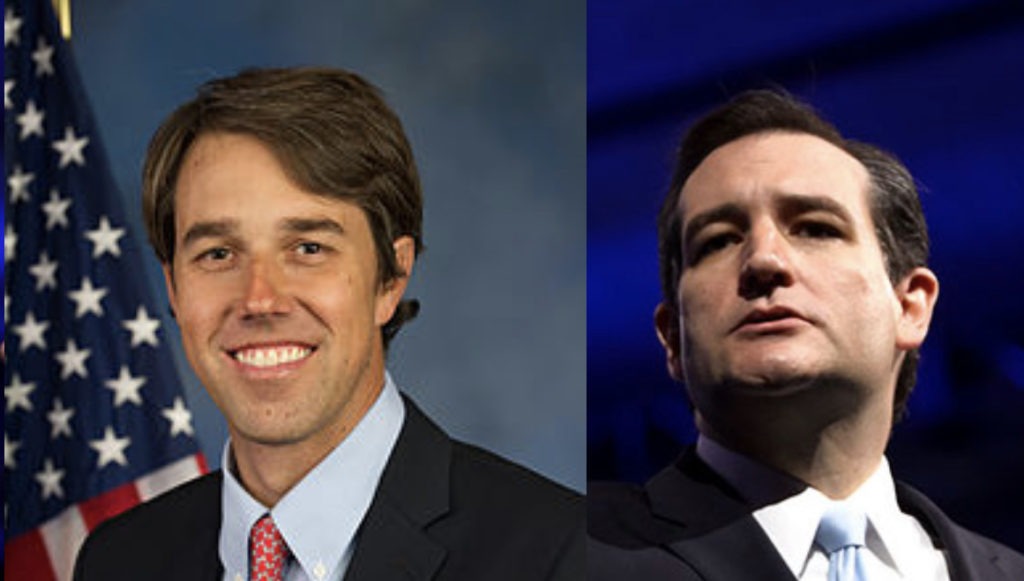 Ted Cruz has been called “The Missing Senator” and even posters of him as “missing” have been displayed on many college campuses throughout Texas. He refused to hold town halls in Texas when the Senate was on break. Cruz was barely visible in the Senate as he campaigned for his lost presidential run in 2016. Even after President Donald Trump insulted Cruz’s wife Heidi with a picture of her beside Melania’s during Trump’s presidential campaign, Cruz still endorsed and campaigned for Trump. But enough about Cruz.

Beto O’Rourke had almost no name recognition before he announced he would run against Ted Cruz for the 2018 senate seat in Texas. Beto is a native of El Paso, Texas where he represents the 16th congressional district. No Texas Democrat has won a U.S. Senate seat in nearly 30 years. In an interview with The Texas Tribune O’Rourke stated “Since 1988, when Lloyd Bentsen won re-election to the Senate, Democrats have spent close to a billion dollars on consultants and pollsters and experts and campaign wizards and have performed terribly.” (link)

O’Rourke does not plan on using pollsters or consultants at this point and said he has no interest in hiring any. Just as Bernie Sanders did in his run for President in 2016, Beto plans on building a grass roots campaign. He will try to raise around $30 million in federally mandated $2,700 increments. Then hopefully the campaign committees will invest millions more. At least you would hope so!

However the national Democratic committees are publicly sending a message that the priority in 2018 is to protect the 10 party incumbents in states that Trump won in 2016. It’s time for the DNC to realize that senate seats need to be won in states like Texas. Hopefully the DNC will wake up and expand their strategy to include states who are seeking to overturn Republican held seats.

So now’s the time to spread the word and assist in the campaign for Beto O’Rourke. For anyone like myself that wants to become involved and volunteer or donate to Congressman O’Rourke’s campaign to unseat Ted Cruz there is already a website to help kick start his campaign. It’s the “Beto For Senate” campaign website (link).

Senator Lloyd Bentsen was my Texas senator from 1971 through 1993. An incredible man, he was a champion of civil rights, the Equal Rights Amendment, environmental protection and preservation, and pro-choice policies. Once again it’s time for a progressive Democratic candidate to take back a Texas senate seat. Beto O’Rourke will represent the majority of Texans whose voices are currently not being heard.