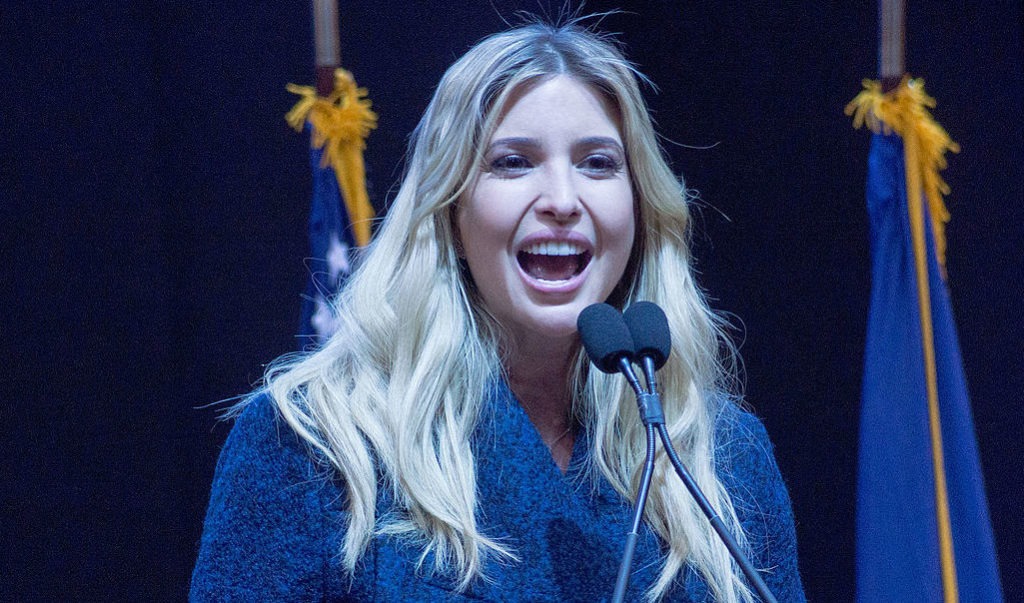 What’s in a name? When you’re posting on Twitter, it matters a lot. If you’re using your own personal username, you can make the case that you’re not speaking on behalf of the United States government even if you’re holding the office of the president. But when you tweet using the @POTUS username, you can’t pretend you’re speaking only on your own behalf. And that’s why Donald Trump’s decision to defend his daughter Ivanka’s crappy clothing line today is impeachable offense under the law.

Donald Trump was already crossing an ethical line when he tweeted the following from his @realdonaldtrump account today: “My daughter Ivanka has been treated so unfairly by @Nordstrom. She is a great person — always pushing me to do the right thing! Terrible!” But the real trouble came when he then used the official @POTUS account to retweet his own message, formalizing it as the official position of the office of the president of the United States. That puts him in direct violation of the United States Constitution.

The Emoluments Clause of the Constitution makes clear that the president cannot use the office to secure financial benefit. By using the official @POTUS account to attack Nordstrom in the hope of scaring other retailers into keeping Ivanka’s clothing lines on their shelves, Donald Trump willfully and blatantly violated that constitutional clause, as he’s part owner of Ivanka’s clothing company. Notably, Nordstrom responded by saying that Ivanka’s clothes simply weren’t selling well enough, which suggests that the boycotts against Trump brands are indeed working.

The Republican majority in the House of Representatives now has a moral duty to impeach Trump over the Constitutional violation. But they will almost certainly choose not to do so at this time, as they continue to try to protect their own party’s failing president. Meanwhile, with Trump historically unpopular and millions of people marching in the streets to demand an end to his illegitimate tenure, he threatens to take the Republicans in Congress down with him.