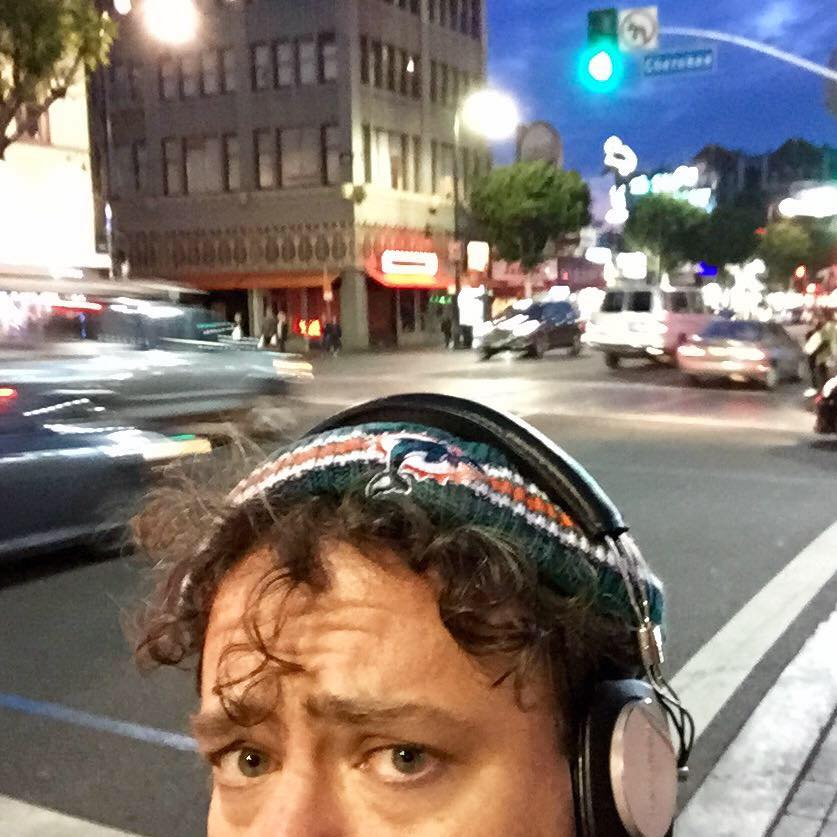 The reporting that I’ve done on this site about the impending recounts and vote total discrepancies in the 2016 election has received an unexpected amount of attention these past few weeks, and with that inevitably comes legitimate curiosity – as well as fringe conspiracies about the person doing the reporting. So I thought I’d take a moment to introduce myself. Hi, I’m Bill Palmer and I’m the publisher of Palmer Report.

My professional background in political journalism is that I covered the entire 2016 election cycle from start to finish on an independent news site called Daily News Bin. If you ask my longtime readers, they’ll tell you that they respect my insistence on factual accuracy and my ability to often scoop the major media outlets. As a result my Daily News Bin articles have been posted and shared by everyone from cable news anchors to members of the United States Congress – in other words, the people who are in a position to know whether my reporting is legitimate.

Since shifting my editorial focus from Daily News Bin to Palmer Report after the election, the recognition has continued. This month alone, two former Governors, Howard Dean and Jennifer Granholm, have each posted links to my Palmer Report articles on Twitter and steered their audiences toward reading me. So has Joy Reid of MSNBC. None of these should be seen as official endorsements, but these are people whose judgment I respect, so I take it as a validation of the legitimacy of my work.

Anyone unfamiliar with my work shouldn’t just take my word, or anyone else’s word, on its validity. My articles include supporting source links which allow readers to easily verify the facts in question, meaning there’s nothing controversial about my reporting. Supporting source links are the only criteria one needs for determining the legitimacy of any given article on any independent news site.

And yet the most common trick, on the part of those who simply don’t want my reporting (or anyone else’s reporting on their own news site) to be taken seriously is simply post a dishonest comment claiming that “it has no source links.” They’re hoping that bystanders won’t click through to see for themselves, and will simply assume that the article is a bust. You’d be shocked how many times I day receive feedback from random people who are outraged that my article “has no source links” in it – only for them to fall over themselves apologizing when I point out that my article has several source links, and they didn’t bother to look at it before complaining to me. In one instance I received numerous complaints of “didn’t cite any sources” about an article in which I had included supporting source links to the New York Times, ABC News, the Cook Political Report, and the official election website for the state in question. What were they looking at?

I’ve also been subjected to a rather startling level of organized trolling on the part of those social media users who simply don’t want what I’m reporting to be true. This strange trend began almost immediately after I entered the world of political journalism. Early in the primary season, the most extreme supporters of one candidate didn’t like the facts I was reporting, so they put together an organized effort to discredit my publication’s name before it could get off the ground. That effort consisted of everything from obsessively insisting that my articles were “satire,” to spreading false rumors that I was secretly working for some other candidate or SuperPAC, to claiming that I was secretly based out of Panama, to claiming that I was secretly Chelsea Clinton.

While the above conspiracy theories are the kind thing any reasonable person would laugh at when presented in this context, these individuals put such an effort into spreading these conspiracies about me and Daily News Bin that I ended up having to spend a significant amount of time reassuring confused bystanders that none of it was true. The trolls went so far as to post their phony conspiracies about me on a fake “web security” site called Scam Analyze – which has no contact information and isn’t a real company – so that they could then post links to that page as “evidence” that their conspiracies about me were true.

So next time you see one of my Palmer Report or Daily News Bin articles, I would ask you to do the following:

1) Follow the supporting source links in my work and figure out for yourself that what I’m reporting is factually accurate.

2) Keep in mind that many of the most respected and discerning people in politics have made clear that they respect my work, and that my loudest detractors are random conspiracy trolls whose claims about me are laugh out loud absurd.

3) If I report something and you can’t also find the same headlines coming from newspapers or cable news, give it a few days or weeks. News sites like mine usually report things before the major news outlets, who only pick up on it after people like me have proven that the public is interested in such a story. Again, judge my articles by the validity of my source links, not based on whether some talking head on the nightly news happens to say the same thing I’ve reported.

I would also ask in general that you give independent news sites a chance to prove themselves. Every other week, some random attention seeker puts out a list of supposed “fake news” sites that’s chock full of the most respected independent news sites out there, with the sole purpose being to generate controversy and attention for the person who created the list. Naive onlookers will continue to quote those lists, even after the creator of the list has apologized for the dishonest stunt and taken the list down. And the laziest of social media users will baselessly question the validity of any article from a news site they haven’t heard of, rather than examining the article to see whether it’s legitimate.

These people do severe harm to the most vital independent news outlets we have. And at a time when freedom of the press is directly under attack from overreaching politicians, the last thing we want to do is sabotage the editorial voices that most often uncover the news stories that we only hear about on cable news after the fact. Some independent news outlets are much better than others, and I’ll leave it to you to judge who’s who. But do it with your own two eyes, and not based on the random innuendo of lazy people, or the wacky conspiracies of those individuals who make the internet seem like a mental ward.

Despite the endless professional sabotage and unnerving personal harassment that comes with being an independent political journalist, I consider myself fortunate to be in this profession. I’m not going anywhere; this is too important. And I’m always excited to receive honest constructive criticism of my work, because that’s a free opportunity for me to get better at what I do. But I don’t have time for bottom-feeders who enjoy spreading false claims about me and my work, simply because they don’t like the facts that I’ve reported, or they’re too lazy to verify my source links – and I would encourage you to reject those types and put them in their place. In the internet age, such individuals are an even more dire threat to respectable journalism than any overreaching politician could ever be.