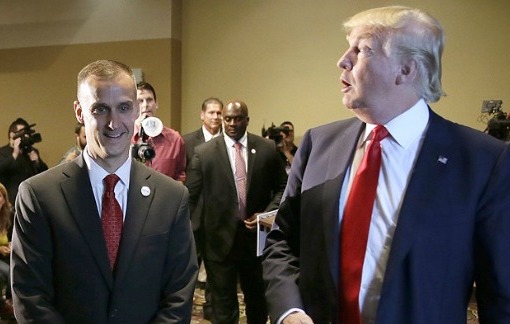 The buzz around Corey Lewandowski’s alleged work as a foreign agent has been building for a few days now. Remarkably, Lewandowski is doing this work right now and he’s directly relating it to Donald Trump. According to Politico, Lewandowski’s current lobbying firm is essentially trying to sell face time with Trump to foreign politicians (link). But it looks like it’s about to get even worse for him.

Even setting aside the ethical and legal questions surrounding the selling of access to the President of the United States, the mere act of taking money from a foreign government would at the least require Lewandowski to register as a foreign agent with the U.S. government – which he has failed to do. But another shoe appears to be about to drop on the head of both Lewandowski and Trump.

Omar Aslam Lugo has a source telling him that the New York Times is about to post a detailed piece on Corey Lewandowski’s foreign lobbying firm (link). He adds that the “White House is worried” about the piece. Considering how scandalous Flynn has become for the Trump administration, and how the Manafort scandal seems on the verge of exploding, the focus on a third Trump campaign adviser being on the take from a foreign government couldn’t come at a worse time. Contribute to Palmer Report

← He did Nazi that coming: Sebastian Gorka loses job in Donald Trump’s White HouseDonald Trump’s weekend rhetoric means he knows a big Trump-Russia shoe is about to drop →
Leave a Comment