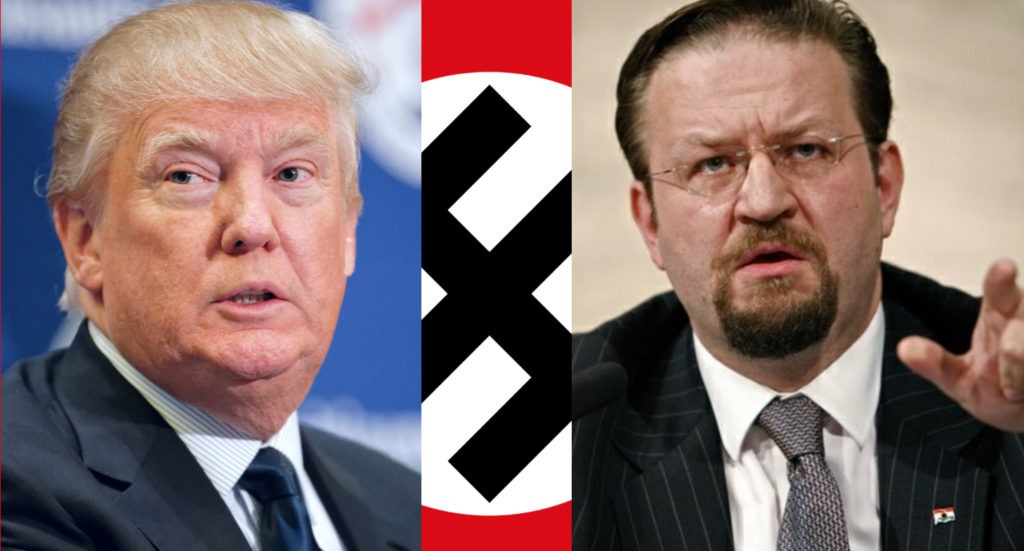 After weeks of reports that alleged Nazi Sebastian Gorka couldn’t obtain the necessary security clearance to carry out his National Security Council job duties, and that he was essentially sitting around the White House doing nothing of value, a new report says that Gorka has lost his job in Donald Trump’s White House entirely.

Gorka will be taking a lesser job away from the White House, one which won’t require the security clearance that he can’t get. That won’t be enough to satisfy those who believe an alleged Nazi shouldn’t be working anywhere in the federal government. But it’s nonetheless a victory for the anti-Trump Resistance. Gorka has denied he has Nazi ties, but the Nazi-affiliated Hungarian group Vitezi Rend has insisted that Gorka is a sworn member. In any case, his inability to get security clearance lends credence to the premise that he does indeed have ties to hate groups.

Today’s report on Sebastian Gorka losing his White House job is coming from Fox News through the Washington Examiner, and both are conservative propaganda outlets (link). But neither would have any motivation for reporting Gorka’s professional demise if it were untrue. And it’s not a surprise that the Trump administration is quietly leaking out this news to friendly outlets on a weekend, in the hope it won’t become a major story this week.

However this fight may not be over. That same report claims that in his new lesser job away from the White House, Sebastian Gorka will still “deal with the ‘war of ideas’ involved in countering radical Islamic extremism and will entail an appointment to a federal agency.” So it sounds a lot like Donald Trump still intends to use the alleged Nazi Gorka as part of his ongoing propaganda war against Islam. Contribute to Palmer Report