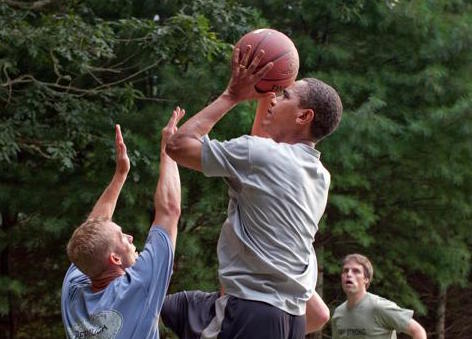 Of all the absurd moments in the 2016 election, and there have been too many to keep easy track of, one of the most surreal was when Donald Trump released an absurdly fraudulent and comically hyperbolic letter from his doctor eight months ago. It had been nearly forgotten until Trump made the mistake of randomly attacking Hillary Clinton’s health, thus putting the focus back on his own. Now Trump’s doctor is admitting today that the letter was a sham. But we didn’t need his word on it.

The brief letter was written so hastily and carelessly that it began with the nonsense phrase “To whom my concern” before going on to declare Donald Trump to be in impossibly perfect health while providing no details. As if to punctuate its own absurdity, the letter claimed that if Trump wins he’ll be “the healthiest individual ever elected to the presidency.” Now the good Dr. Harold Bornstein is trying to defend that claim on a technicality by pointing out that most previous Presidents are “sick or dead” by now.

But even that followup claim falls apart, because it appears that Dr. Bornstein may have forgotten who the current President is. He’s literally claiming that Donald Trump, a seventy year old whom the public can see is in physically mediocre shape at best, is somehow in better health than Barack Obama was when he was elected in 2008.

That’s right. This doctor is trying to sell us on the notion that the elderly and clearly out of shape Donald Trump is currently in better health than the guy taking the jump shot in the above photo. These punchlines just write themselves. And yet, incredibly, this embarrassing schlock is indeed coming from a guy whom the Republican Party allowed to become its nominee for President. Carry on.

← Meet The Cesspool: does Chuck Todd enjoy being full of crap?Ben Carson, Ann Coulter and Sarah Palin have all turned against unraveling Donald Trump →
Posting....
Scroll To Top