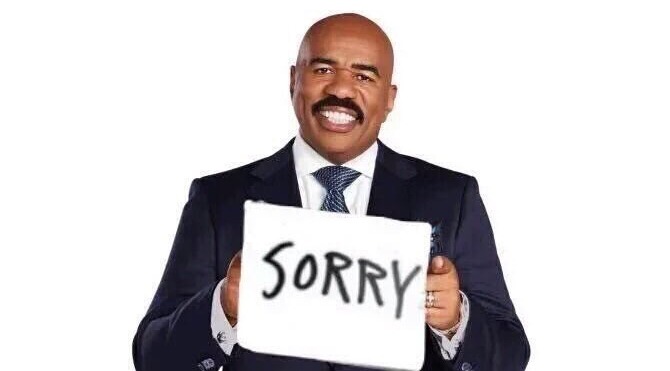 Donald Trump’s attempts at finding “token blacks” for his otherwise overwhelmingly racist administration keep growing stranger. First he gave a cabinet position to Ben Carson, a mentally unstable man whom Trump himself once compared to a “child molester.” Then Trump hired hated Apprentice contestant Omarosa for the White House. And now Trump is tapping Steve Harvey — the comedian best known for hosting Family Feud, who just made a racist remark about Asians just hours earlier — to help Ben Carson carry out whatever the hell it is that Carson is supposed to be doing.

The move immediately backfired on Steve Harvey, with his name becoming a trending topic on Twitter all day, as Americans alternated between condemning him for trying to legitimize the openly racist Donald Trump, and making jokes about how absurd the entire situation was. Harvey is now claiming in a USA Today story that it was President Obama who put him in touch with Trump, but that claim can’t be substantiated or verified in any way.

Regardless of how it happened, Trump made a point of putting soon-to-be HUD Secretary Ben Carson and perhaps soon-to-be-former Family Feud host Steve Harvey on the phone together so they could magically solve inner city problems together. This may explain why Harvey went out of his way to say something racist earlier today.

For reasons known only to him, Steve Harvey did an entire routine on his own television show today, attacking Asian men for no apparent reason. While it’s not the first time in which Harvey has singled out Asians for their race, some will inevitably ask if he purposely timed the incident in order to get on the good side of Trump’s racist supporters just as he was announcing an initiative with him.