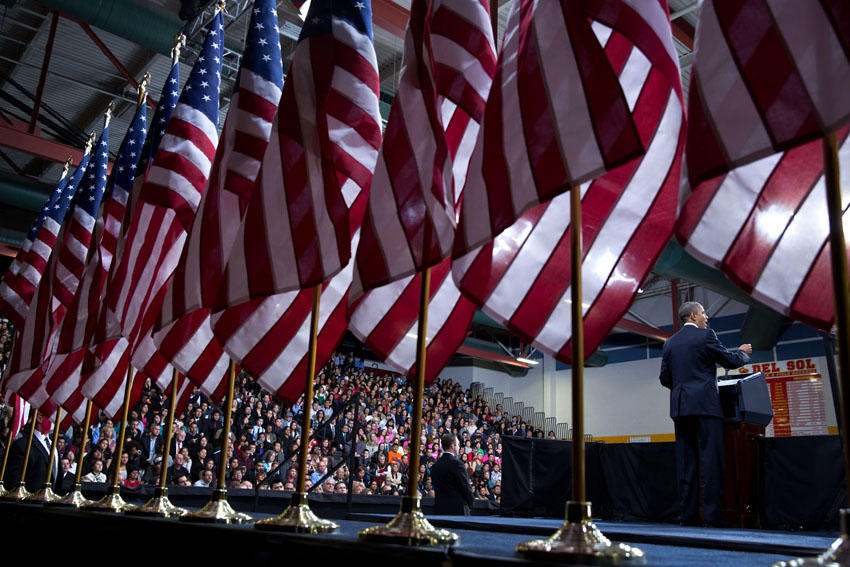 Now that millions of Americans have taken to the streets and taken a stand online to make clear that they do not find the power-mad and mentally unstable Donald Trump to be suitable as their next President, he’s come up with a novel solution: just get rid of them all. In a move straight out of Dictatorship for Dummies, the rapidly deteriorating Trump is now threatening to take away the citizenship of Americans who protest against him in ways that he doesn’t like. Hey, you wannabe dictator infant asshole, you can’t do that.

“Nobody should be allowed to burn the American flag,” Donald Trump tweeted this morning, despite the fact that flag burning is a First Amendment right under the Constitution. “If they do, there must be consequences – perhaps loss of citizenship or year in jail!” And there it is. Not only is Trump is threatening legal punishment for American citizens who have broken no law, he’s threatening to take away the citizenship of natural born American citizens as legal punishment.

There is nothing in the Constitution that would allow him to do any such thing. And yet, even as he claims the title of “president-elect” after winning an illegitimate and now-contested election, he’s already threatening to go full dictator before he can even take office. Tellingly, Donald Trump never seemed to care about this issue during the year-plus long course of his campaign, and is only seizing on it now that a handful of the people protesting against him are in fact burning flags.

In other words, this is all about him. Donald Trump is a small fraction of a man who has no understanding of the Constitution, no understanding of America, and no goddamn right to lead this country. If the recounts don’t succeed in preventing him from taking office, the members of the Electoral College have a moral duty – and now a Constitutional duty – to take the office away from him. Whatever ones personal view on flag burning, this should be the last straw when it comes to the complete rejection of Donald Trump. And if this is the last straw for you, what the hell took you so long?

← Hillary Clinton campaign fires back at “small and sad” Donald Trump after recount meltdownDonald Trump falsely implied today that he won Michigan recount, but it hasn’t started yet →