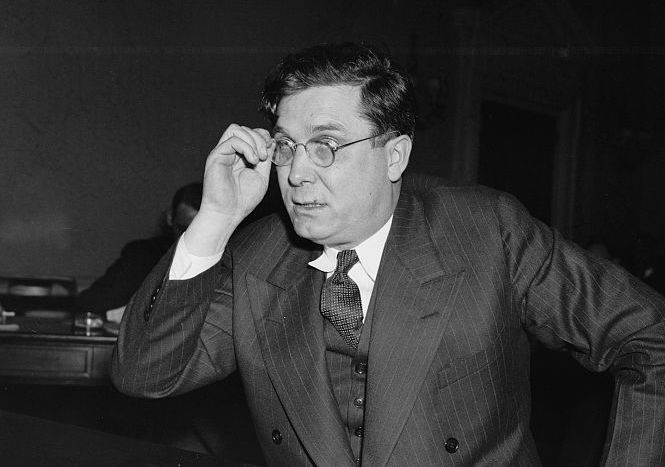 “I have been drawing very big and enthusiastic crowds,” griped Donald Trump this evening as he continued to try to rationalize the fact that he’s losing, “but the media refuses to show or discuss them. Something very big is happening!” And something very big is indeed happening. Trump is drawing crowds whose size are, from the various estimates I’ve seen, the largest for a Presidential candidate since Republican nominee Wendell Willkie back in 1940. That worked out so well for Willkie that he lost in a massive blowout.

When it comes to the parallels between Trump and Willkie It’s not merely the size and enthusiasm of the crowds. First let me say that the two men truly had nothing in common. Wendell Willkie was a World War I veteran, a political moderate, and a dedicated public servant who went on to work closely with his opponent after losing. By all accounts he was a good man.

Trump is of course touring the nation with extremist rhetoric and he’s drawing massive crowds who seem to have, in all seriousness, gotten lost on their way to Klan rally. But despite promoting entirely different messages and catering to different calibers of people, these two men both knew how to give the kind of speech that their supporters would travel far and wide just to hear.

But despite the huge crowds and enthusiasm for Wendell Willkie on the ground, the reality was that his popularity was never nearly as wide as Franklin Roosevelt’s popularity, FDR had a larger number of supporters, and it turned out they just weren’t as inclined to feel the need to go hear him speak. Roosevelt won that race by a ten point margin, considered a relative blowout in Presidential election terms. Willkie’s crowds just didn’t translate to votes.

As we look at the 2016 Presidential election, we see Donald Trump continuing to draw big crowds to his rallies, even as Hillary Clinton mostly holds more intimate events. But the national polls say that Clinton leads Trump by high single digits, nearly as big of a margin as the one in which Roosevelt defeated Willkie.

That doesn’t mean that the 2016 race is over. But if Donald Trump is looking for the real reason that the media hasn’t spent a lot of time focusing on the headcount at his rallies, it’s because American history has shown us that it’s not a relevant number when determining a candidate’s overall popularity or their odds of winning. As is the case in so many other ways, when it comes to past U.S. elections, what Trump truly needs is a history election. I suggest he start with 1940, and see what he can learn.