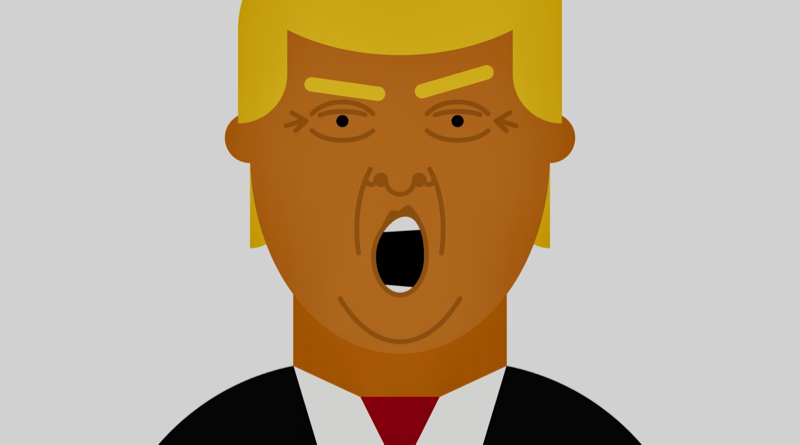 At this point it’s crystal clear that Donald J. Trump has zero shame and nothing to lose, which is a very dangerous combination for the entire world. Not only does Trump refuse to admit to simple facts like crowd size, he enjoys blaming others when caught in one scam after another. For example, Trump blamed Hillary Clinton during the campaign for his ability to avoid paying his taxes. It wasn’t his fault. No, it was the fault of lawmakers like Hillary for not making enough laws forcing him to pay his taxes or show his tax return.

Trump has also repeatedly stated that it’s Hillary’s fault he won the election. He says it all the time, along these lines: “Hillary should have won, but she ran a bad campaign…therefore I’m President”.

The same can be said about Trump’s most recent scapegoat, Andrew McCabe. It’s all his fault for helping Hillary lose when McCabe came out and said that Hillary was still under investigation. As a result, Andrew McCabe’s actions have been viewed by many, especially Donald J. Trump, as being part of the mechanism that lead to him winning the presidency, which is leading to the potential destruction of his global empire. Oh yeah, Trump hates McCabe the most and his wife, too. It’s all their fault.

It would be wise to remember that Trump has zero morals, zero shame, zero knowledge or understanding of the job or how democracy works, and billions of dollars to lose if he doesn’t find a way to fire Mueller and shut down his investigation. From the institution of marriage, to the FBI, CIA, Attorney General’s Office, the State Department, Donald J. Trump has proven over and over again that no institution is too sacred for him to defile.

Former members of the CIA and FBI are breaking with long held traditions of silence to tell us that we are in danger. I think it’s time we listen. As long as Republicans in Congress enable Donald J. Trump to give the Russians free reign over our democracy, government institutions and the power grid, we are in danger and need to tip the balance of power sooner, rather than later. This is too big for Robert Mueller alone. This requires a village.