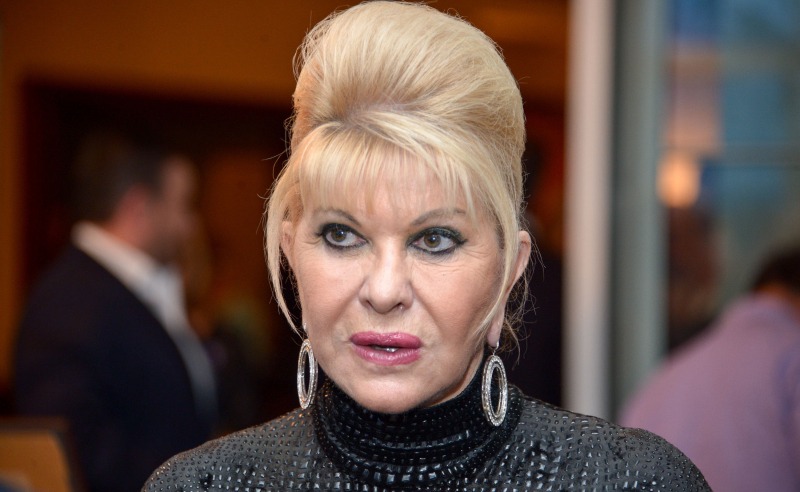 The ongoing saga of the alleged blackmail material being held by the Russian government against Donald Trump has taken yet another surreal turn. A series of intelligence leaks have pointed to Trump having spent time with prostitutes in Russian hotels without knowing he was being videotaped at the time, and his current pro-Putin political stances being a product of learning that the Russians are holding these tapes. But now according to a consistently reliable source, Trump sent his ex-wife Ivana to personally attempt to negotiate the blackmail terms with a Russian envoy.

The latest revelation comes from Scott Dworkin of the Democratic Coalition Against Trump, which has consistently produced reliable evidence findings. Dworkin says that he’s had his investigators review the now infamous Trump-Russia dossier, and that they’ve managed to confirm most of the details. The one key detail that they’ve discovered to be different: Donald Trump didn’t send his attorney Michael Cohen to Prague to negotiate blackmail terms with the Russians; he sent Ivana Trump instead.

This makes logical sense in that Ivana Trump was born in Czechoslovakia (now the Czech Republic), and so this would explain why the meeting took place in Prague – the one detail of the detail of the original dossier which never made sense. Ivana has publicly professed to have no love for Donald in the decades since their divorce. But he does have a habit of buying off the people around him in order to get them to do his bidding. Additionally, Ivana is the mother of Ivanka and the mother in law of Jared Kushner, both of whom are currently serving unofficial but key roles in Donald Trump’s administration.

Additionally, Ivana Trump was spotted at her ex husband’s inauguration last month, suggesting the two are now on far better terms than in decades past. It lends credence to Dworkin’s claim that Ivana acted as a pass-through for the Russian blackmail negotiations — and it further points to Donald Trump being guilty of treason. And it’s why well funded investigative journalism is so necessary.