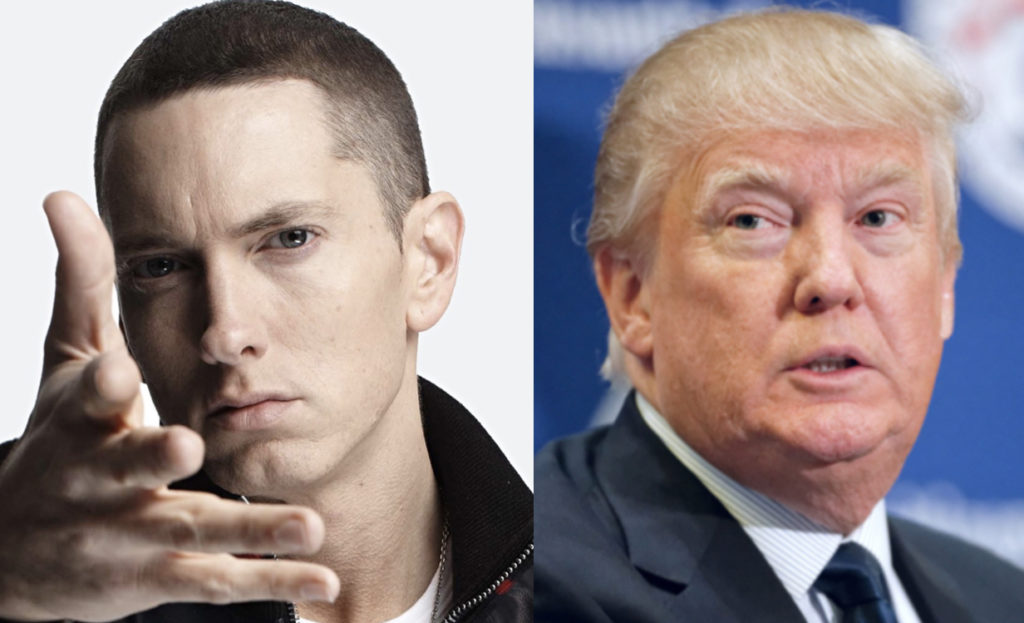 Whatever you think of Eminem in general, if you stand against Donald Trump, you had to find yourself rooting for him last night when he laid into Trump in a blistering and devastating four minute freeform video. Eminem is far from the first musician, and for that matter far from the first rapper, to rip into Trump. But there was something fundamentally different about his message that makes it a bigger deal than you might initially think.

Sure, Eminem cursed out Trump in a number of creatively profane ways – but we’ve heard that elsewhere before. He also laid out his objections to Trump’s behavior in politically expert detail – but again, he’s not the first to do so. Instead it was his message at the end of the video that stood out so strongly. He told his fans that if they’re Trump supporters, then “F— you!” He also had the same message for any of his fans who couldn’t make up their mind whether they should choose him or Trump.

It’s not clear how many or few Eminem fans may have voted for Trump. But either way, Eminem made a point of chasing them away last night. He can get away with doing that, because he’s always been divisive, and his career has always thrived on controversy. But it’s nonetheless a big deal, because in doing so, he’s encouraging other public figures to also come out and say that they don’t want Trump supporters as fans.

We’ll see how many other public figures are willing or able to actually take that next step. Even LeBron James, who has been willing to attack Trump on every level, hasn’t been willing to tell Trump supporters he doesn’t want them watching his games. The furthest he’s gone is to suggest that Trump voters made a “mistake.”

But perhaps Eminem has created a new normal here. Many of Donald Trump’s supporters are just plain garbage. But plenty of them were normal sane people before he came along and turned them into monsters. They’re caught up in full scale brainwashing where they’ve convinced himself that his gibberish is meaningful, that his comically empty promises are somehow legitimate, and that his overtly racist rhetoric somehow isn’t racist. Logic alone doesn’t seem to be enough to bring them back to humanity. But if their favorite public figure is telling them to hit the road, it just might be enough to snap them out of it.

← LeBron James decimates Donald Trump yet againDonald Trump really doesn’t want you to see this video of him heaping praise on Eminem →
Posting....
Scroll To Top