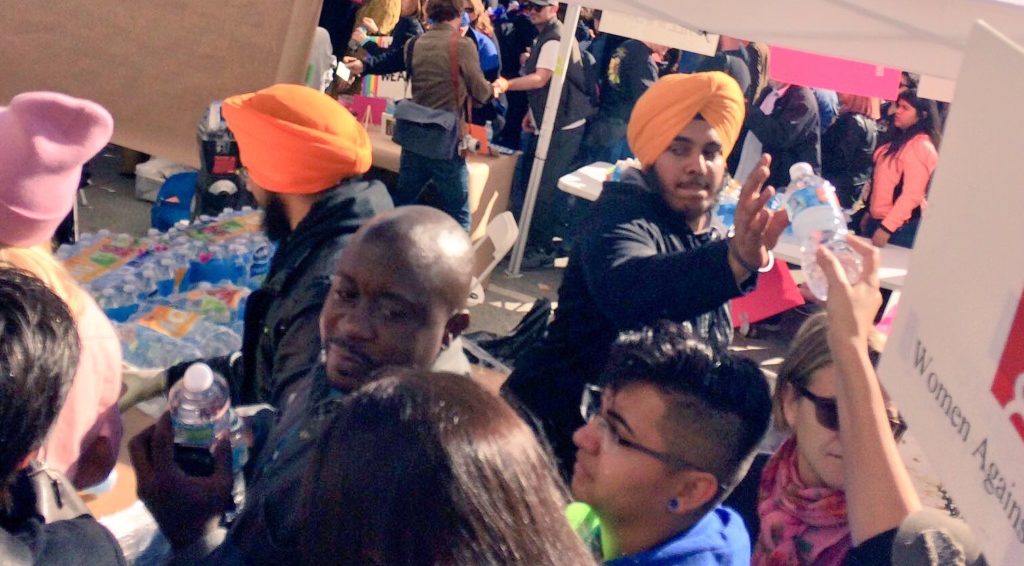 At this point there are relatively few groups of Americans who aren’t on Donald Trump’s hit list, but he spent his campaign targeting Muslims in particular. Sikhs are often mistaken for Muslims due to their turbans, and they end up facing the same kind of discrimination at the hands of people like Trump and his supporters. And when millions of women marched against Trump today across the United States, numerous American Sihks showed their solidarity by cooking free food for the marchers and handing it out to them.

Trinity University Professor Simran Jeet Singh, who goes by the name @SikhProf on Twitter, has revealed today that “Sikhs around the US spent the day supporting women’s rights and offering free food” at the Women’s March He added, “These are our traditions!” The then posted the following photo:

Josh Androsky, who participated in the Women’s March today, thanked the Sikhs and tweeted that “some of these dudes saved my whole group with water bottles today.”