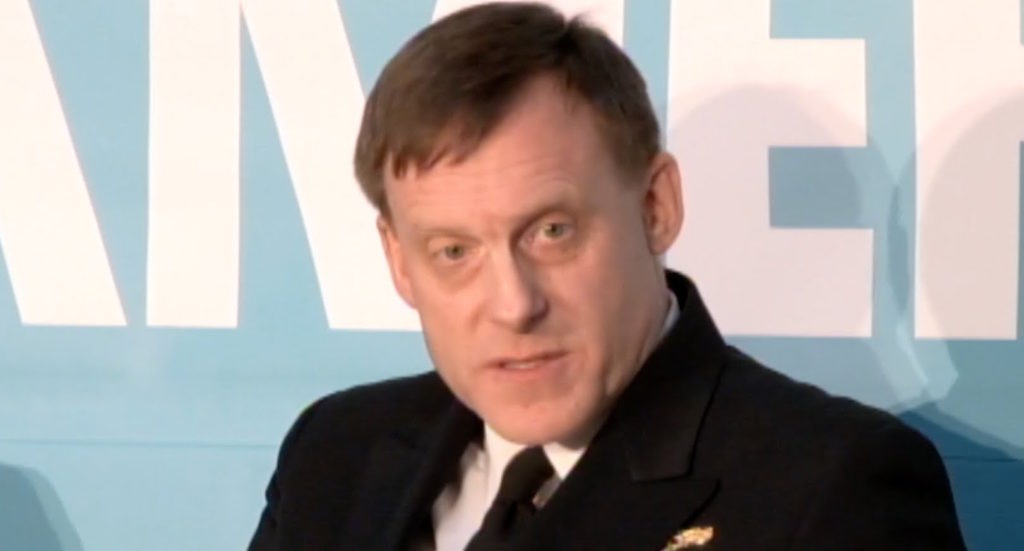 Here’s a bizarre story which shows just how willing Donald Trump is to hire disgraced military people off the scrapheap for the top jobs in his administration, because no respected military leaders are willing to partake in what they expect to be an erratic and failed administration. Trump met with Admiral Michael S. Rogers this week about a top position, who failed to notify his military superiors that he was taking the meeting – and it turns out Rogers is on the verge of being fired anyway.

Secretary of Defense Ash Carter and retiring Director of National Intelligence James Clapper both recommended to President Obama last month that Michael Rogers be fired from his position at the National Security Agency. That firing appears to be inevitable, and is only being held up by an agency restructuring. But even as Rogers has one foot out the door because he’s lost the confidence of essentially the entire military leadership of the United States, he’s being singled out by Donald Trump for a new position: Clapper’s old job.

Rogers was supposed to notify his military superiors that he would be traveling to New York to take the meeting with Trump, as per a a new report from the the Washington Post. His decision to keep the meeting secret may have been based on the fear that it could lead to his inevitable firing happen immediately – or perhaps his disregard for the chain of command is what put his military career on the scrap heap to begin with.

Either way, it appears that if Trump does go ahead and try to install Rogers as the new Director of National Intelligence, it appears he’ll be yet another appointment which will result in controversy and embarrassment. There has already been significant public backlash against Trump’s appointment of white supremacist Steve Bannon, fired classified information leaker Michael Flynn, and racist Jeff Sessions, among others. Congressional Democrats can and will use these embarrassing appointments to humiliate and cripple Trump out of the gate.

← John McCain threatens to sue “president-elect” Donald TrumpFake news is evil, but so are the con artists who publish phony lists of “fake news” sites →
Leave a Comment