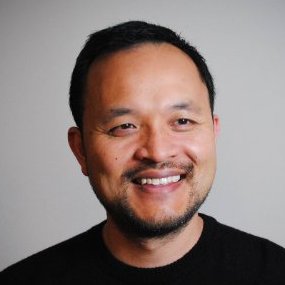 At least once per day someone worriedly asks me if I’ve determined the fate of Cory Louie, the former Obama-era White House Chief Information Security Officer who was fired by the Trump administration and escorted out of the building back in February – and then appeared to fall completely off the grid. At long last he’s finally surfaced online, if only to change one detail on the only social media page he’s known to have, which if nothing else confirms he’s still with us.

Cory Louie was fired in a cloud of controversy two months ago, which was alarming for a few reasons. One was that Louie had been in charge of making sure that the computing devices of Donald Trump and other White House senior staff were secure, a sensitive position. The other was that there was simply no information to be had about his presence or whereabouts afterward. And this raised some public concern.

After Trump controversially fired U.S. Attorney Preet Bharara, he turned up on Twitter. After Trump controversially fired acting Attorney General Sally Yates, she turned up at a reception. People surface eventually. But where the hell was Cory Louie? As I’ve told my readers whenever they’ve asked me about him, if he had disappeared from his family and friends, they’d have been on television sounding the alarm by now. So instead this always seemed to be a matter of Louie simply vanishing from online and public view.

But some found it disconcerting that Louie’s LinkedIn page continued to list him as currently working at the White House, even long after his firing – meaning that he hadn’t updated his resume, as nearly anyone would do after departing a job. However, I can now report that he has in fact finally updated his LinkedIn page to state that he no longer works at the White House (link). This alone demonstrates that he’s still out there among us, even though he’s made no public appearances, and you can stop worrying about him. Notably, he has not listed any new employer. Contribute to Palmer Report

← Steve Bannon was talked out of resigning from White House by his Cambridge Analytica partnerNew York Times posts hilariously awful correction about Donald, Melania, and Ivanka Trump →
Leave a Comment