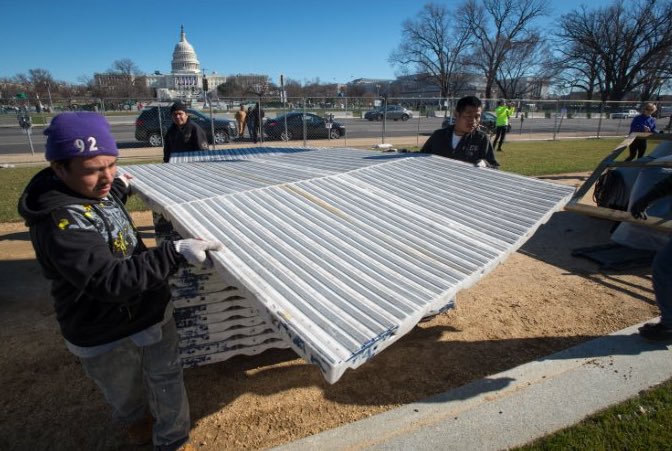 It turns out even the Secret Service, whose job is to protect Donald Trump from harm, is unwilling to protect him from his lies. After Trump sent press secretary Sean Spicer to the White House podium to awkwardly deliver a written statement which made a number of false claims about the size and circumstances of the public attendance at the inauguration, a Secret Service spokesman is now confirming that Spicer has it wrong

Sean Spicer made the claim that “the first time that fencing and magnetometers went as far back on the Mall, preventing hundreds of thousands of people from being able to access the Mall as quickly as they had in inaugurations past.” But Jim Acosta, the CNN reporter who was harassed and belittled by Donald Trump during last week’s press conference, has posted the following on Twitter: “A USSS spokesperson tells us no magnetometers were used on the National Mall for Trump’s inauguration.”

Spicer also claimed that “This was the first time in our nation’s history that floor coverings have been used to protect the grass on the Mall. That had the effect of highlighting any areas where people were not standing, while in years past the grass eliminated this visual.” But Acosta also shot that one down by posting a photo of the same floor coverings being installed for President Obama’s 2013 inauguration.