Donald Trump’s false claims about his inauguration attendance numbers have become such a national punchline that even pro sports teams are getting in on the action. After the media pegged the crowd size at around 250,000 and had the fairly barren overhead photos to prove it, Trump made up the fake number of 1.5 million and insisted the media was lying. And last night the Dallas Stars NHL hockey team openly mocked Donald Trump by posting an equally ridiculous attendance number on its scoreboard during the game.

This photo was shared widely on social media last night and many assumed it to have been a photoshop job. But it’s since been confirmed as being real by everyone from the Dallas News to Fox Sports. Sure enough, this really happened: 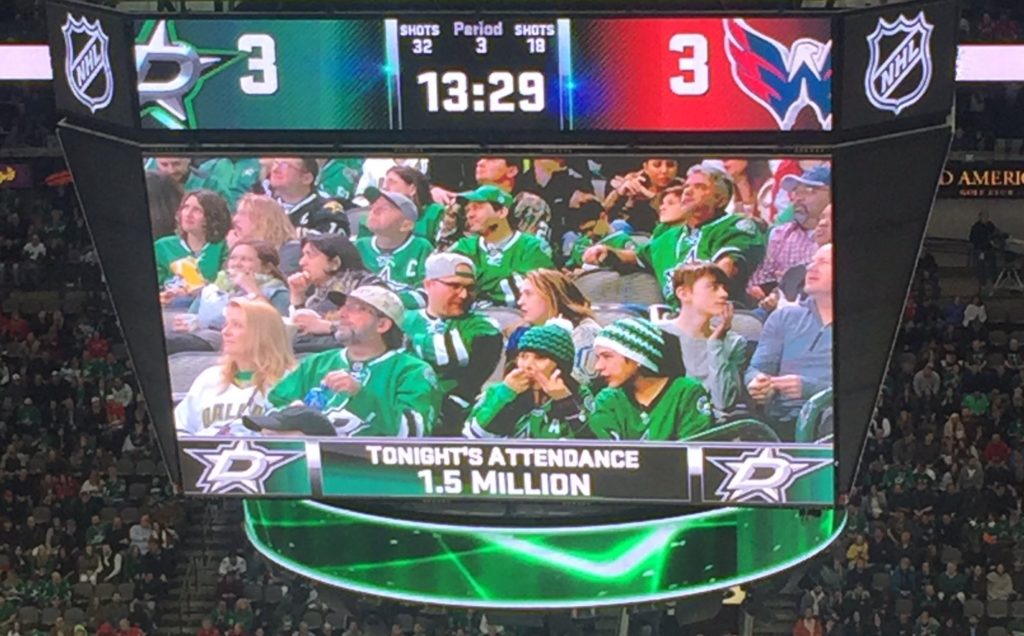 The arena DJ for the Dallas Stars also quipped on Twitter that he played the 3 Doors Down song “Kryptonite” during that moment, presumably to mock Donald Trump’s inability to book anyone more famous than 3 Doors Down for his inaugural concert.