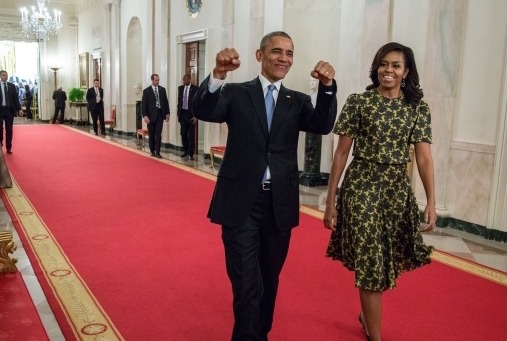 In the days since Carl Paladino made racist remarks about Barack and Michelle Obama and wished for the President’s death, the controversy has been two fold. First, Paladino is a surrogate of Donald Trump, making it a national political scandal. Second, Paladino is a member of the Buffalo County School Board in New York, leading to an intense local scandal. And while Trump has done nothing to make amends for the situation, the School Board is has now taken direct action against Paladino.

Carl Paladino stated in an interview last week that he wished President Barack Obama would die of mad cow disease, while opining that First Lady Michelle Obama should “return to being a male and let loose in the outback of Zimbabwe” – a clearly racist reference to the fact that she’s African American, as well as a bizarre insult about her gender.

The remarks quickly caused public uproar nationwide, and Paladino has since apologized, admitting they were his words, but claiming that he sent the response to the interviewer via email in error. But despite his close association with Donald Trump, the “president-elect” declined to address the matter. However the school board fight was just getting underway, and has now officially boiled over.

The Buffalo County School Board voted 6-2 today to demand the resignation of Paladino. If he doesn’t comply within one day, the board will seek to use the New York Department of Education to force him out. The vote caused an outburst of applause and cheers from those who had attended the hearing.