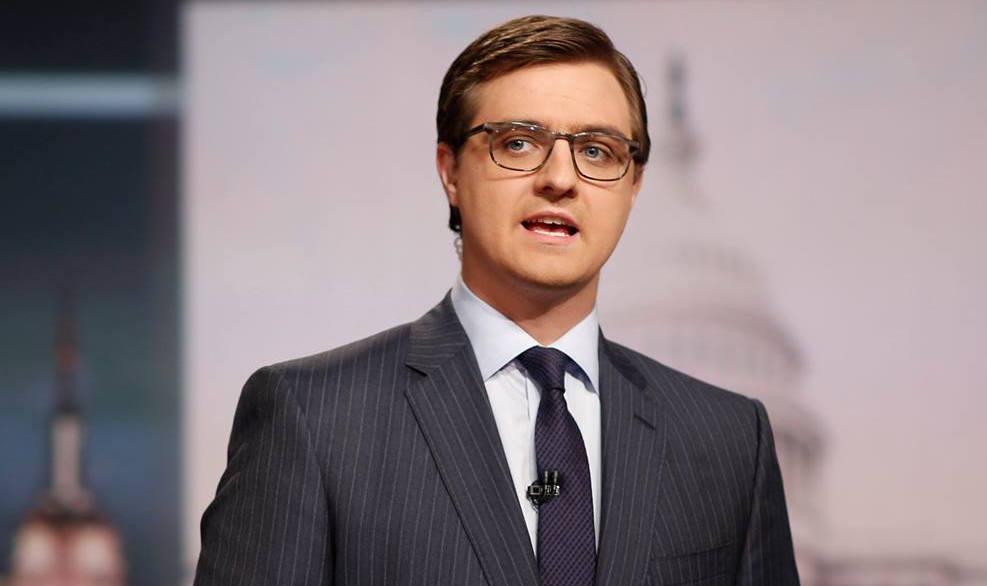 There are many Americans who believe that Donald Trump is only the “president-elect” of the United States because the major corporate media outlets spent most of the election simply airing or repeating whatever he said, without bothering to point out that he was lying most of the time. All politicians lie some of the time, but PolitiFact has found Trump’s statements to be at least half-false a stunning 85% of the time – making the media culpable when it merely repeats his words without fact checking him. And now MSNBC host Chris Hayes is throwing down the gauntlet.

The discussion began when Politico reporter Tony Romm tweeted confirmation that Donald Trump was lying when he announced on Wednesday that he had secured five thousand American jobs from Sprint. This in turn led Huffington Post editor Sam Stein to quote Romm and then tweet that “Trump re-purposed a jobs announcement and, naturally, a got a bunch of good headlines for it.” That’s when Chris Hayes joined the fray by quoting Stein and then declaring that “We – us, the media – have GOT to stop running with stuff he says without confirmation. Got to.”

The corporate media in general – and cable news in particular – is already facing public distrust over its eagerness to milk Donald Trump’s controversial nature for ratings during the election rather than vetting or fact checking him. This has been made more complicated by Trump’s repeated public threats against the media, along with closed door meetings in which he threatened them further.

Now that Trump is set to take office, the media is about to face a litmus to see which reporters have the guts to scrutinize him, to expose his scandals, and to call out his lies for being lies rather than merely parroting him. The declaration by Hayes is a good start, and one can only hope that the rest of the media opts to abide by his words.