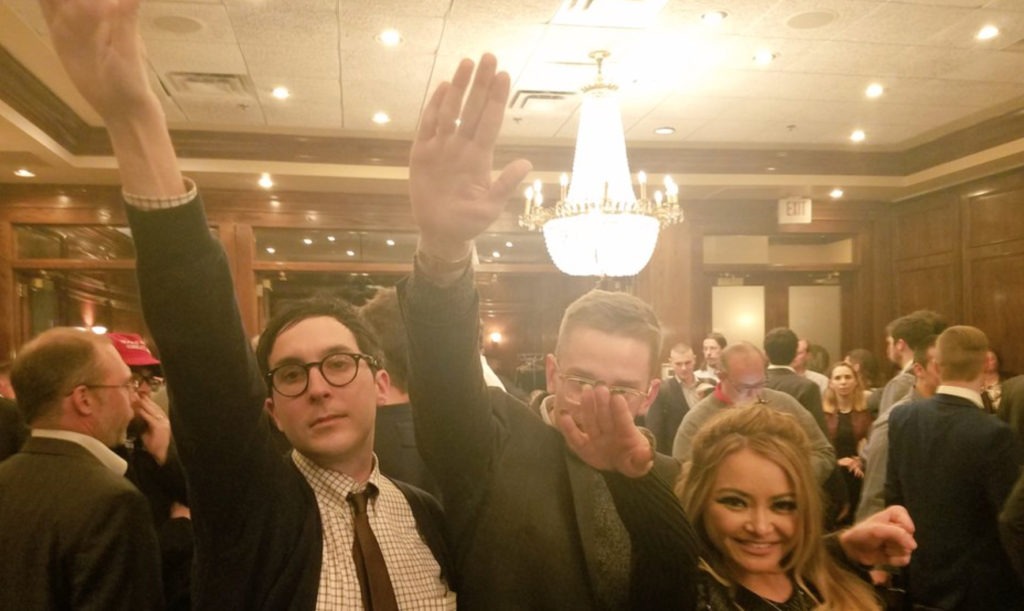 The group of Nazi-saluting Donald Trump supporters who took over a restaurant this week may have had their white supremacist fun, but it ended up costing them in the most poetic way possible. The restaurant in question, Maggiano’s Little Italy, said afterward that it had no the group who had booked space was a Nazi group. And after images surfaced online of the group members giving the infamous Hitler salute in unison, the restaurant responded to donating the proceeds to a pro-Jewish group.

This is a profoundly disturbing story which serves to demonstrate just how emboldened the Nazis in the United States have become now that Donald Trump has been illegitimately named the nation’s “president-elect.” Neo-Nazi and KKK groups routinely endorsed Trump during the election due to his blatantly racist policies against essentially every non-white demographic in America. And now that he’s won, they appear to have little fear about keeping their Aryan nation views in secret – and in this instance they were chanting “Hail Trump” while doing so. But it did cost them.

As it turned out, after the Nazi group collectively spent around $10,000 at the restaurant during the course of the evening, The Hill reports the restaurant turned around and donated that same $10,000 to the Anti-Defamation League. So in other words, the money was essentially transferred from the pockets of the Nazis directly into a group designed to protect Jews against people like Neo-Nazis. Photo credit: Twitter.