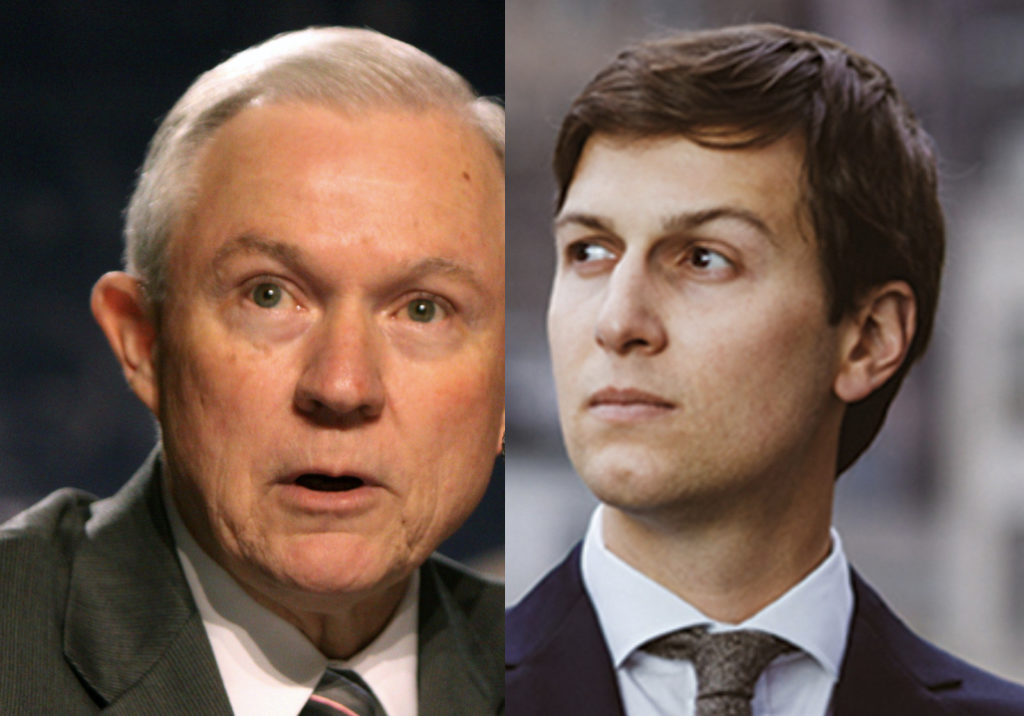 Today’s public testimony by former FBI Director James Comey was arguably the most damaging blow Donald Trump has received since he took office. Comey confirmed that Trump as a liar who committed several acts that can be easily interpreted as attempted obstruction of justice. But things may be about to get even worse for Trump, because two of his close associates will each soon have to fend off questions about their own complicity in Trump’s Russia scandal.

Attorney General Jeff Sessions is set to appear before a Senate Appropriations subcommittee on Tuesday, June 13th. It’s not supposed to be about Trump-Russia, but CNN is now reporting that the Democrats on the subcommittee will use the hearings to grill Sessions on his multiple secret meetings with Russian Ambassador Sergey Kislyak during the campaign (link). There are three different June 13th hearings on that committee’s calendar (link), and it’s not clear which Sessions will appear in, but all three are open hearings that will be live-streamed online – and almost surely aired on television as well.

Jared Kushner, Donald Trump’s son-in-law and White House Senior Adviser, has also agreed to testify about his role in the Russia scandal. According to NBC News, it’s set for “mid-June” (link), which likely means next week or early the week after. Kushner had a secret meeting with Kislyak in which he tried to set up a secret communications channel with the Russian government, as well as a suspicious secret meeting with the head of Russian bank.

It has not yet been revealed whether or not Kushner’s testimony will be in open hearings and whether it will therefore be available on television. But at the least, viewers at home will get to watch Tuesday’s Jeff Sessions testimony live. So get your popcorn ready. Follow Palmer Report on Facebook and Twitter.

← John McCain offers an excuse for his incoherent behavior during Senate hearing, and it’s just sadRead between the lines: Donald Trump is under investigation for obstruction of justice →
Leave a Comment