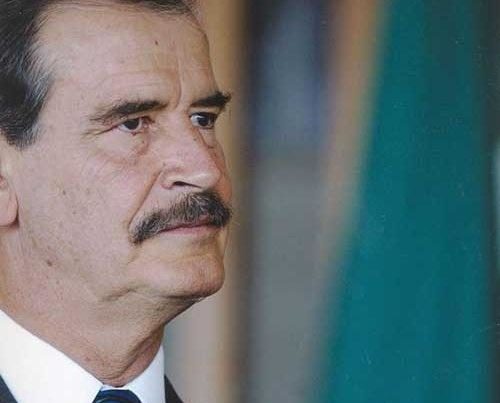 Donald Trump, whose divisiveness and offensiveness have saddled him with a historically low 37% approval rating for someone about to enter the White House, and whose mounting scandals have branded him as everything from a Russian traitor to a perverted punchline, took a rare moment to try to rectify things today — or perhaps it was merely a moment of denial. Trump tweeted that he’s going to unite the long-divided United States. But he received immediate pushback from a major world leader.

Trump posted a tweet on Sunday afternoon which read “For many years our country has been divided, angry and untrusting. Many say it will never change, the hatred is too deep. IT WILL CHANGE!!!!” That prompted a tidal wave of negative responses from various Twitter users, many accusing Trump of being the primary reason that the United States is at its most divided in more than a century. But the most devastating response came from Mexico’s Vicente Fox.

Former Mexican President Vicente Fox, who still wields predominant political power in his nation, responded to Trump’s tweet with the following: “Low acceptance percentage towards Inauguration Day and the most contrasting popular vote. There’s only one reason why the US are divided.”