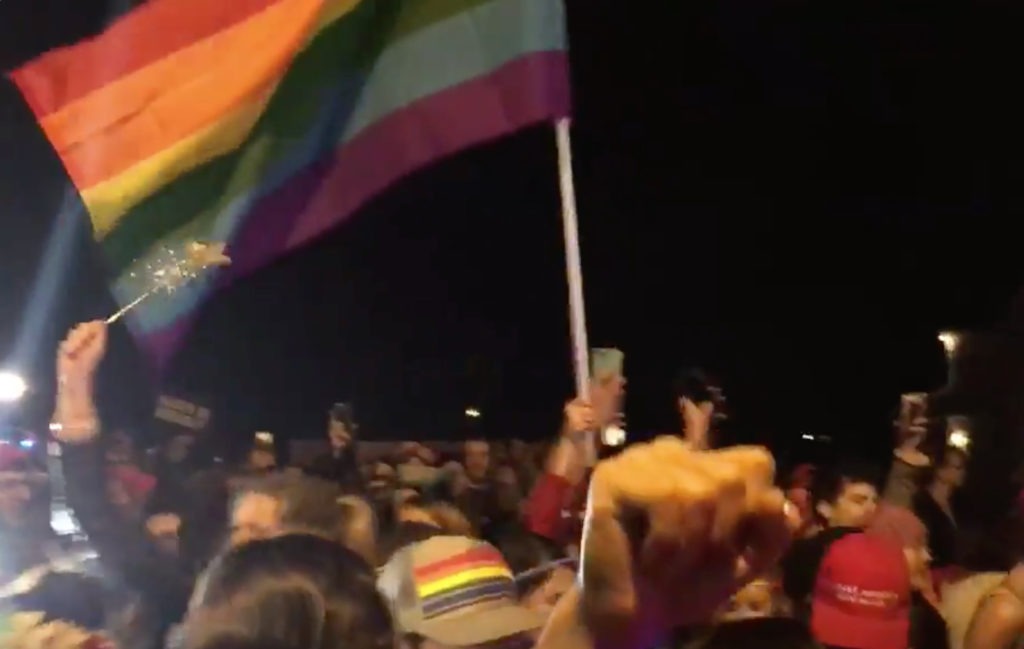 Mike Pence is about to be sworn in as the most anti-gay vice president of the modern era, with a record as Governor of Indiana which reveals him to be a major anti-LGBT bigot. That means he’s probably not thrilled about the big gay dance party taking place outside his house as we speak. Protesters have amassed outside Pence’s home this evening. But instead of shouting angrily, they’re dancing and waving rainbow flags and blasting music at him.

Numerous participants and observers have posted images and videos of the pro-LGBT dance party outside Mike Pence’s current residence. Ellison Barber of local tv station WUSA 9 is reporting that hundreds of people are currently involved in the protest, which looks something like this:

This is far from the first time in which Mike Pence has been lampooned for his anti-LGBT views. One protester — who bears a strong resemblance and calls himself “Gay Mike Pence” — has made regular appearances to raise money for pro-LGBT organizations.

www.palmerreport.com
7346
SHARES
Facebook ShareTwitter ShareEmail this articlePrint Article
LinkedinGoogleWhatsappPinterestRedditStumbleuponBufferTumblrPocketLine
← Betsy DeVos claims she had no idea she’s been VP of an anti-gay foundation for 17 yearsWashington DC hotels aren’t even close to selling out for Donald Trump’s inauguration →
Leave a Comment