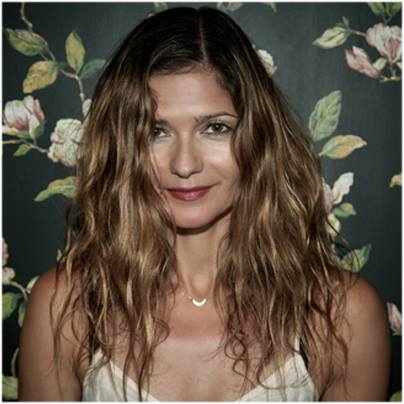 Donald Trump keeps billing himself as the “Law and Order” candidate, which any impartial observer knows is code for pandering to paranoid white conservative people by unfairly scapegoating minorities. It’s a message that’s played well with his base while not appearing to broaden his appeal, which has been the theme of his general election effort. But it appears that one of the stars of the television show Law & Order is no fan of the self described “Law and Order” candidate.

Back in the nineties, actress Jill Hennessy was one of the breakout stars on Law & Order, in which she portrayed Jill Hennessy for several seasons before later moving on to other television shows like Crossing Jordan and Madam Secretary. She’s been vocal on her Twitter account about social issues around the nation and the world.

When I wrote an article yesterday for Daily News Bin about the Donald Trump campaign discriminating against one of its own African-American strategists, one of my readers tweeted it at Jill Hennessy, who promptly clicked the “Like” button on it. Another one of my readers then followed by referring to the development as “sad an pitiful” and Jill “Liked” that as well. In other words, she’s no fan of Donald Trump or the antics of his campaign.

So there you have it. It’s not news that yet another respected public figure has a low opinion of Donald Trump and his campaign. But seeing how Trump keeps billing himself as the “Law and Order” candidate, it’s got to sting at least a little that one of the stars of the real Law & Order doesn’t appear to be impressed with him at all.

Meanwhile Jill Hennessy is also continuing with her singing career, having released a new album titled “I Do.” But when it comes to Donald Trump, it appears her message is “I Don’t.”

← Hi I’m Bill Palmer. Welcome to Palmer Report.How the hell does Andrea Mitchell still have a job at MSNBC? →
Posting....
Scroll To Top