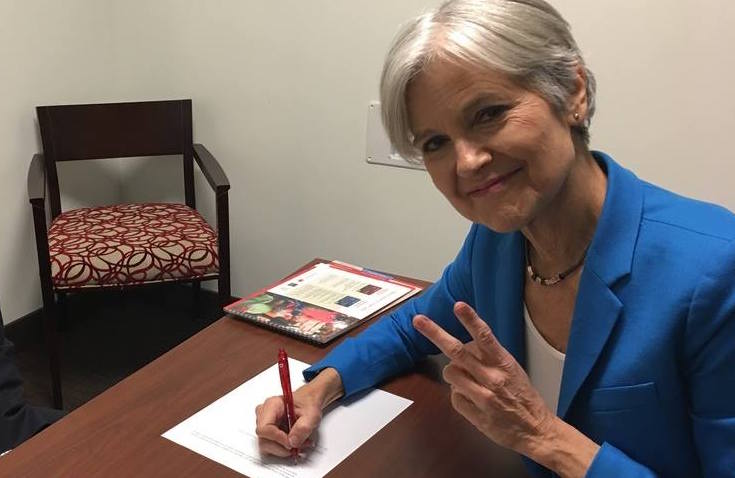 Even as numerous major media outlets were incorrectly reporting on Saturday night that third party candidate Jill Stein had abandoned her attempt to force a statewide recount in Pennsylvania, it turns out the real story is far different. After she faced a bizarre million dollar roadblock in her lawsuit in state court, she withdrew in order to file in federal court instead. And although the public has donated around $7 million dollars to her recount effort, she may legitimately need more donations.

At the outset, Stein originally stated that her goal was to raise seven million dollars in order to cover the $2.1 million dollars in combined filing fees in three states, along with the millions which would be needed to cover court costs, high powered attorney fees, and costs on the ground. As of tonight she’s finally reached that $7 million goal. But as the Wisconsin recount began, state GOP officials hiked up the cost of the recount by nearly three million dollars without explanation. That means Stein is now out around five million dollars for the filing fees alone. That leaves her just two million dollars remaining, much of which has likely already been spent on legal fees and other practical costs, going forward.

This means that, due to the ongoing sabotage efforts on the part of the states themselves, Stein likely needs more in public donations. She’s already upped her donation goal to $9.5 million in light of these skyrocketing filing fees. Now that Pennsylvania is attempting to gouge her in the same manner as Wisconsin gouged her, she faces the prospect of needing a larger war chest just to fend it off as she heads into federal court to try to legally force Pennsylvania to do the right thing.