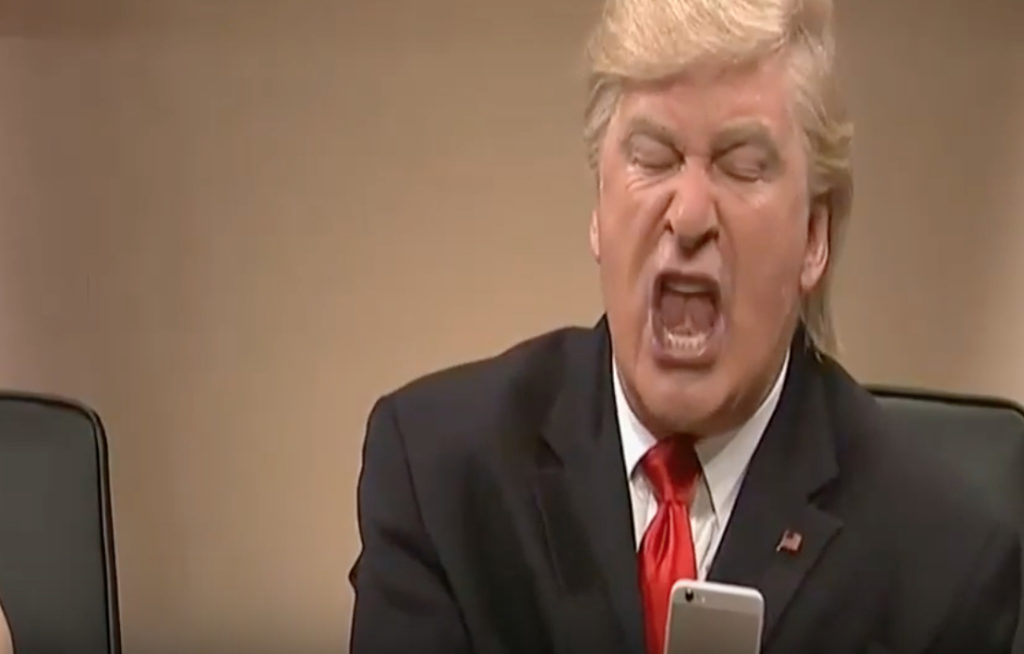 Earlier in the week we reported that Donald Trump had gone on a Twitter bender in which he retweeted some random high school kid while attacking CNN, and also retweeted other horrifying Twitter users. Tonight, Saturday Night Live skewered Trump for these very real retweets in its opening sketch.

The segment opens with the high school kid in question being fictionally portrayed as being in class when he finds out that Donald Trump has retweeted him. Cut to Trump Tower, where two exasperated intelligence briefers and a dejected Kellyanne Conway attempt get a demented Trump (played as usual by Alec Baldwin) to focus, even as he obsesses over retweeting people instead.

The actors went to great lengths to signal to these audience that “he really did do this” in real life. Conway tried to explain that Trump does this to try to distract from his corruption and horrific cabinet picks, but Trump retorted that “I do it because my brain is bad.” Conway and Mitt Romney were also skewered in the process. Naturally, just minutes later, the real Donald Trump went on yet another Twitter bender in which he complained about the Saturday Night Live sketch which had made fun of him for his Twitter benders. Watch the SNL sketch destroying Trump in the video below: