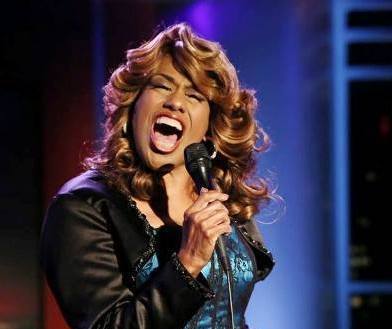 Donald Trump has had a humiliating time trying to land any famous performers for his inauguration. He’s been rebuffed by everyone from Elton John to Garth Brooks to Andrea Bocelli to Celine Dion, and he’s ultimately had to settle for a list of lesser names. But even after he revealed a mostly forgettable roster of inauguration musicians yesterday with just a few famous names, one of the most respected names is already bailing on him – and she’s publicly apologizing to her fans for even having considered performing for Trump.

Jennifer Holliday, best known for her Tony winning performances on Broadway and also a Grammy winner in 1982, was included on the list of scheduled inauguration performers released by the Donald Trump campaign on Friday. But after her fans began tweeting her with the various reasons why she shouldn’t get mixed up with the Trump administration, including the notoriously anti-LGBT stance of Trump’s running mate Mike Pence, she then announced in entertainment publication The Wrap on Saturday morning that she was reversing her decision. Furthermore, she apologized to her fans, calling it a “lapse of judgment” on her part. Holliday then retweeted a fan tweet that told Trump “don’t mess with John Lewis,” the civil rights legend who announced yesterday that Donald Trump is not a “legitimate president.”

This leaves Donald Trump with a roster that is now headlined by country singer Toby Keith and rock band 3 Doors Down, which has led to endless punchlines from those who can’t help but make fun of Trump’s anemic roster.

← Something’s very strange about Donald Trump’s plan to fire National Guard chief during inauguration3 Doors Down threw a guy out for hitting a woman. How can they perform for Donald Trump? →
Scroll To Top