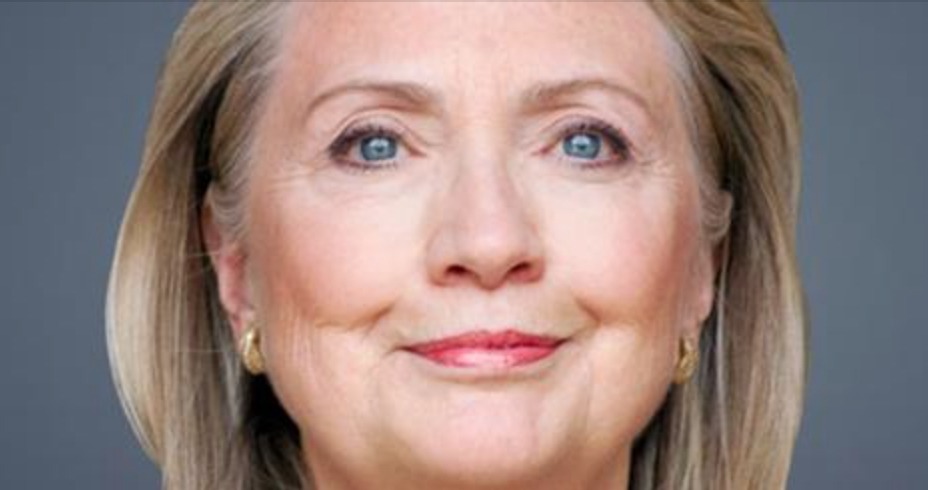 Since making her concession speech two weeks ago, Hillary Clinton has largely remained out of the public eye, both in the real world and online. Apart from one already-scheduled appearance at a Children’s Defense Fund event and one accompanying tweet about the event, she essentially hasn’t been heard from. But in a sign that something may or may not be afoot, Hillary made a point of returning to Twitter today – and not merely to offer the obligatory Thanksgiving wishes.

Hillary Clinton’s first tweet today was in fact about the holiday: “Hoping everyone has a safe & Happy Thanksgiving today, & quality time with family & friends.” The signed with “-H” meaning that she wrote it herself and that it wasn’t merely coming from her staff. But then she immediately followed it up with a much more personal tweet, and one which directly related to the 2016 campaign.

“I was greeted by this heartwarming display on the corner of my street today,” Hillary tweeted while posting a photo of signs with message of her support which had been left by her fans. “Thank you to all of you who did this. Happy Thanksgiving.” This was the accompanying photo: 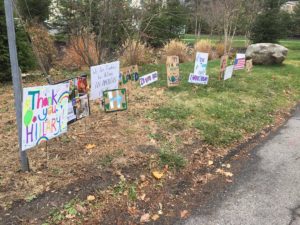 This move on Hillary Clinton’s part, while subtle, will no doubt be interpreted by at least some of her supporters as a sign that something larger may be coming. Why post the signs now? They’ve been at the corner of her street for more than a week. And why return to Twitter now? The Thanksgiving message was obligatory. The second tweet was a choice. And why make a point of signing both her tweets personally, something which wasn’t frequently the case during the course of the campaign?

Some will point to the fact that as of today, an external movement is fully underway for recounts in three swing states where she lost narrowly – and in the unlikely event that she ends up being named the winner in all three, she will in fact become President. Yet she’s publicly stayed away from the recount movement, instead allowing it to play out without her involvement. Is her return to Twitter today a sign that she’s ready to get back into the game? Or is it simply Thanksgiving? Stay tuned.