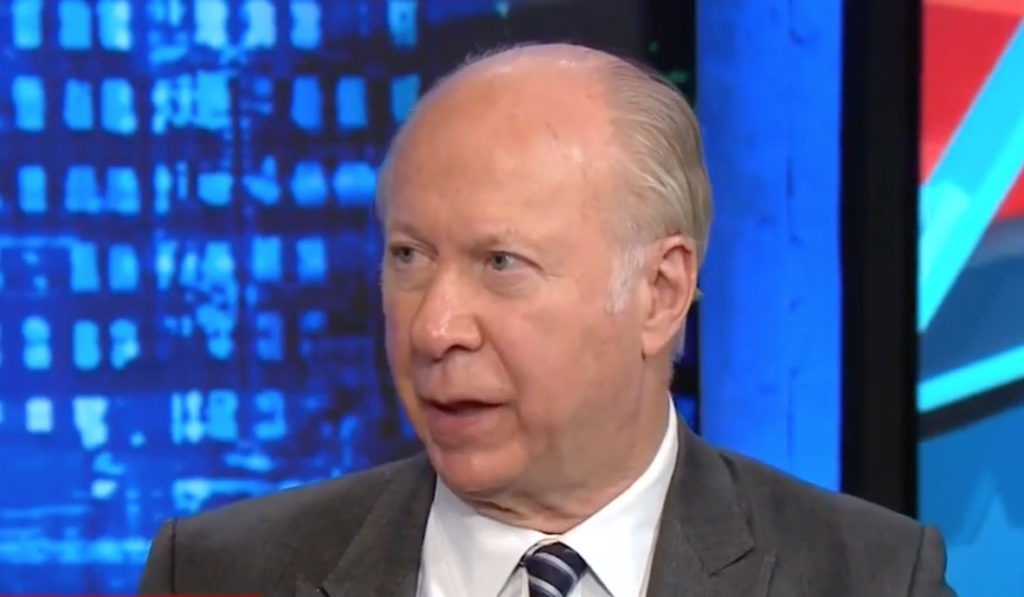 CNN political analyst David Gergen has worked for three Republican Presidents in his career and just one Democratic President, suggesting his own political views may lean Republican. But Gergen, whose insight has long been widely respected on both sides of the aisle, and who appears to have free reign to say whatever he wants on CNN, is making clear that he has no love for Donald Trump whatsoever. In fact his recent profane on-air takedown of Trump’s strategies and policies might be the most notable cable television moment since the election.

After Donald Trump held a victory rally in Cincinnati three weeks after the election, David Gergen appeared on an on-air CNN panel moderated by Anderson Cooper. When it was his turn to speak about the rally, Gergen unloaded on Trump in an extended and passionate but eloquent and reasoned takedown. “This is goodbye to American leadership in the world,” he began.

Gergen continued: “I got the very clear impression tonight, and I think it’s been reinforced in the last few days, what he is looking for is a national security team to whom he is going to entrust most of the stewardship of American foreign policy abroad. And what he’s going to do is focus here at home. He’ll be the most domestic president we’ve had, I certainly think, in the last forty or fifty years. And he’s going to do it in his pugilistic, narcissistic way.”

David Gergen finally punctuated his on-air take down of Donald Trump by declaring “I knew I didn’t like the son of a bitch.” Watch the video below of Gergen slamming Trump, which begins around the three minute mark:

If the above video doesn’t load, go here to watch it.