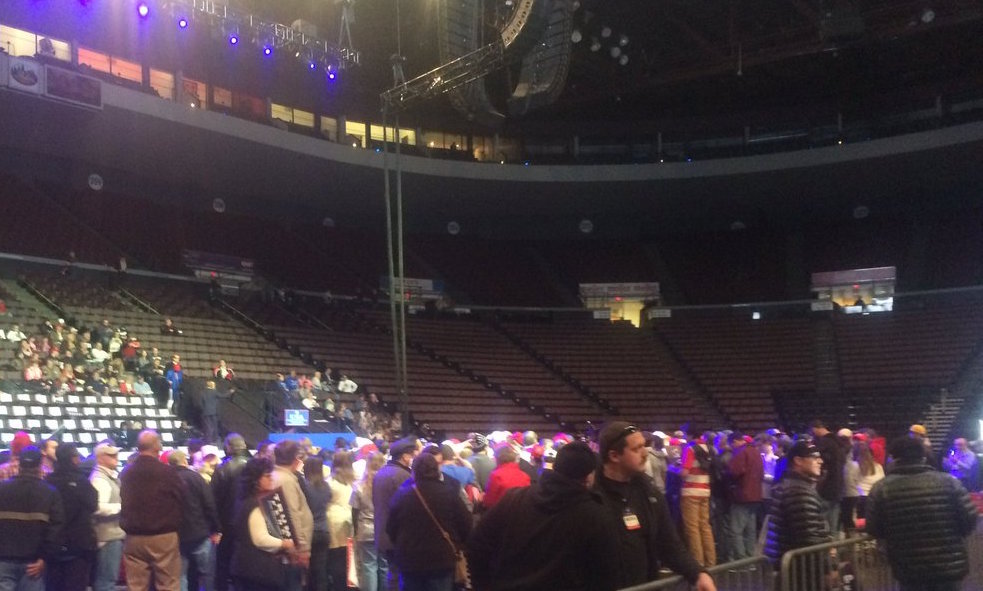 It’s not entirely clear what Donald Trump thought he was going to accomplish by continuing to hold campaign rallies three weeks after the election, but it is fairly clear that he’s not getting the results he was hoping for. Trump held a kickoff event in Cincinnati, Ohio on Thursday evening at the kind of arena he used to have no trouble filling during the campaign. But now that he’s shockingly been named the “winner” and the reality has perhaps set in that an unstable sociopath may be about to take the White House, it appears even his fans have begun abandoning him.

Based on the photos posted by various credentialed reporters who were in the building at the time Donald Trump was speaking, it appears that he was unable to attract enough people to even so much as fill half the arena. For instance Ben Jacobs from The Guardian posted a picture to his Twitter account, taken before Trump began speaking, which revealed a startling number of empty seats:

And from another angle, Ruth Sherlock from the Daily Telegraph posted a photo from a different angle showing more empty seats, which she referred to as “surprisingly uncrowded”: 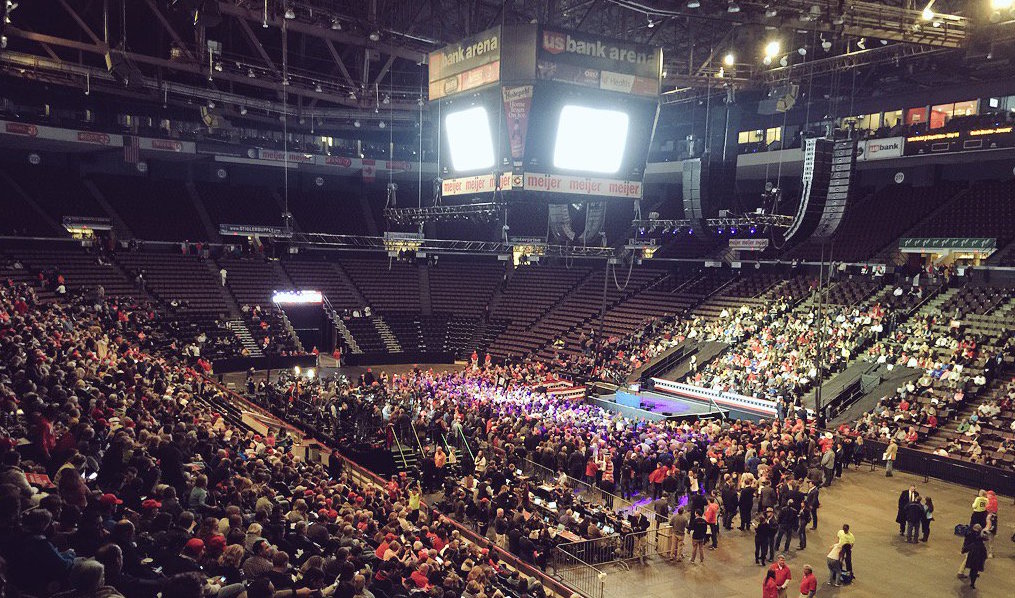 As has been pointed out by Politicus USA, it’s highly unorthodox for the “winner” of a Presidential election to go on a victory tour while holding the title of president-elect. It’s even more odd when one considers that Donald Trump lost the election by more than two and a half millions votes, and was only declared the winner through a fluke of Electoral College math the size of which the United States has never previously seen. And when one considers that three states are preparing to recount the votes, which could result in Hillary Clinton being named the next President instead of Trump, his tour seems almost an act of desperation. Perhaps that’s why so few people bothered to show up.