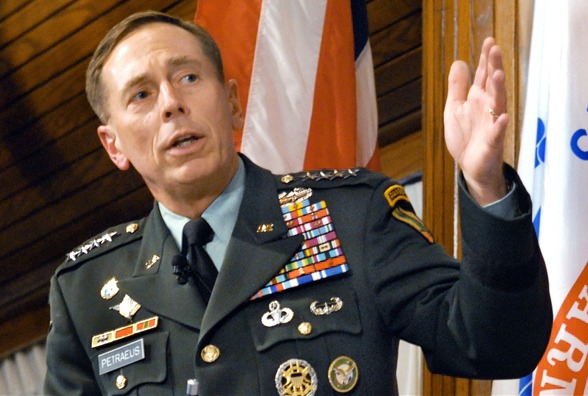 Even as Donald Trump and his handlers toss around a number of picks for Secretary of State, controversy continues to swirl around each of them. Mitt Romney appears to still be under consideration, even though he’s on record as having compared Trump to a “third grader.” Rudy Giuliani may be on the list, but he’s believed to have illegally shared FBI secrets. And General David Petraeus, a convicted criminal, would have trouble traveling for the job because he’s still on probation.

Petraeus was convicted of intentionally leaking classified information to his mistress, for which he was sentenced to two years probation. It’s surreal enough that Donald Trump would be considering Petraeus for such a high cabinet post, after he spent a year and a half (incorrectly) claiming that Hillary Clinton leaked classified information, and insisting that she be sent to prison for it. But that hypocrisy aside, there’s the more immediate practical matter of the fact that Petraeus isn’t allowed to travel without the permission of his probation officer – and all that the Secretary of State does is travel.

In fact, not only is David Petraeus barred from traveling abroad, which the Secretary of State would be required to regularly do, he’s not even allowed to leave his neighborhood without checking in with his probation officer. That means he can’t even so much as travel to Washington, DC to meet with Donald Trump about the job without a probation officer being involved, as pointed out by The Hill and originally discovered by a USA Today reporter. Petraeus won’t come off probation until April 2017, meaning he would spent the first four months of his Secretary of State tenure on the phone constantly with his probation officer. Perhaps Trump meant he would “drain the swamp” and then hire whoever is at the bottom of it.