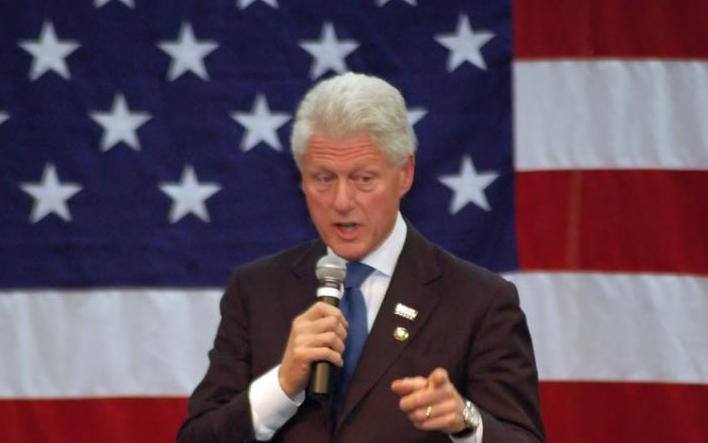 In the same week in which former United States President Bill Clinton performed his Constitutional duty in his dual role as a member of the Electoral College, he also took the gloves off with the regard to the man he voted against. Clinton unloaded on Donald Trump while speaking with a local newspaper in New York, summing up his criticism by saying that Trump “doesn’t know much.” The former President also set his sights on FBI Director James Comey.

“You would need to have a single-digit IQ not to recognize what was going on,” President Bill Clinton said of Russia’s meddling in the 2016 election on Donald Trump’s behalf, which has since been confirmed by both the CIA and FBI. And while saying that Donald Trump “doesn’t know much” in general, “one thing he does know is how to get angry white men to vote for him.” Clinton also asserted that FBI Director James Comey “cost” Hillary Clinton the election by sending a letter which implied she was being newly investigated when she was not.

As it worked out, Bill Clinton happened to be a New York representative for the 2016 Electoral College, and he was assigned to cast his vote for Hillary Clinton, which he did today. Bill Clinton’s comments from the Record-Review newspaper were relayed in a Politico report. Clinton also made fun of Trump, who received 306 electoral votes and lost the popular vote by nearly three million votes, for insisting that he had won in a landslide. The former President pointed out that he himself won by 370 electoral votes back in 1992, quipping “That was a landslide.”