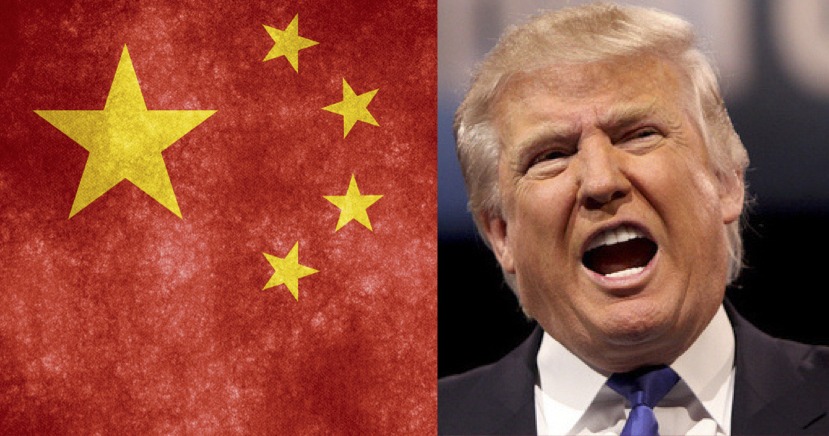 After a three week long series of political escalations between “president-elect” Donald Trump and the China, the latter is now officially throwing down the gauntlet. Trump angered the Chinese government by speaking with the President of Taiwan on the phone for the apparent purpose of getting a hotel built with his name on it. China responded by stealing a U.S. Navy drone, which it later agreed to return. Trump then told them to keep it. And now, China is publicly condemning him in a state-run newspaper.

The government of China, which typically makes political statements through state-run media, published an op-ed in the Global Times – and since relayed by British newspaper The Guardian – announcing that “Trump is not behaving as a president who will become master of the White House in a month” and adding “He bears no sense of how to lead a superpower.”

The article went on to refer to declare that if Donald Trump “treats China after assuming office in the same way as in his tweets, China will not exercise restraint.” That appeared to be in direct response to Trump’s inflammatory Twitter meltdown on Saturday morning which read “China steals United States Navy research drone in international waters – rips it out of water and takes it to China in unpresidented act.” The tweet was later deleted, but was then reposted with the same inflammatory message, just with the imaginary word “unpresidented” replaced with “unprecedented.”

Donald Trump’s strategy with China, if he has one, remains unclear. The United States and China agree on little politically, but have long enjoyed a mutually beneficial trading relationship. Creating a political conflict with the Chinese government could only serve to weaken the economic partnership, and Trump’s actions suggest that he’s merely enjoying antagonizing China rather than attempting to steer it in any particular political direction.

← Bill Clinton takes the gloves off against Donald Trump and James ComeyElectoral College has failed us – but Supreme Court can reject Donald Trump before inauguration →
Posting....
Scroll To Top